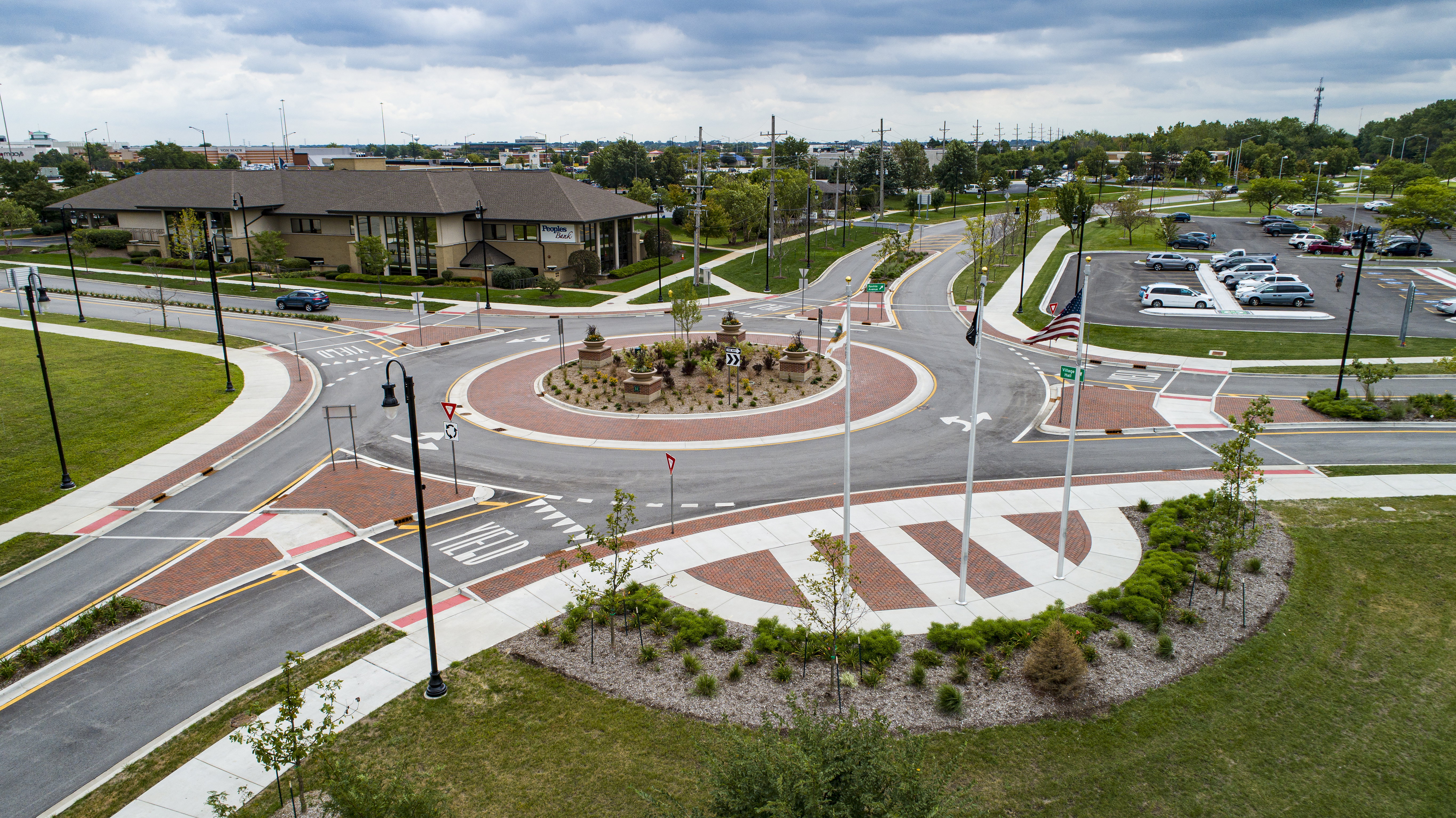 The Village of Orland Park desired to improve the safety, capacity, and access for all transit, while providing an alluring gateway to its Village Hall complex. A Surface Transportation Program grant helped fund the Village’s first roundabout at the intersection of Ravinia Avenue and 147th Street. We designed a single-lane roundabout with a multi-use path, as well as ornamental lights to match the character of the historic downtown. Following the roundabout project, we assisted the Village on a second project that improved the Village Hall complex with a new parking lot surface, new lighting, and aesthetic improvements. The intersection now serves as an important gateway to the Village Hall complex by providing visitors with a visually pleasing and meticulously landscaped corridor. The dramatic focal point is in the middle of the roundabout where four decorative brick columns were constructed with light-emitting diode illuminated logos and urns that sit atop of each column. The Ravinia Avenue Roundabout and Village Hall Complex Improvements project was selected for a Project of the Year Award through the Chicago Metro Chapter–Southwest Branch of the American Public Works Association, which was presented on January 8 in Joliet, Illinois.