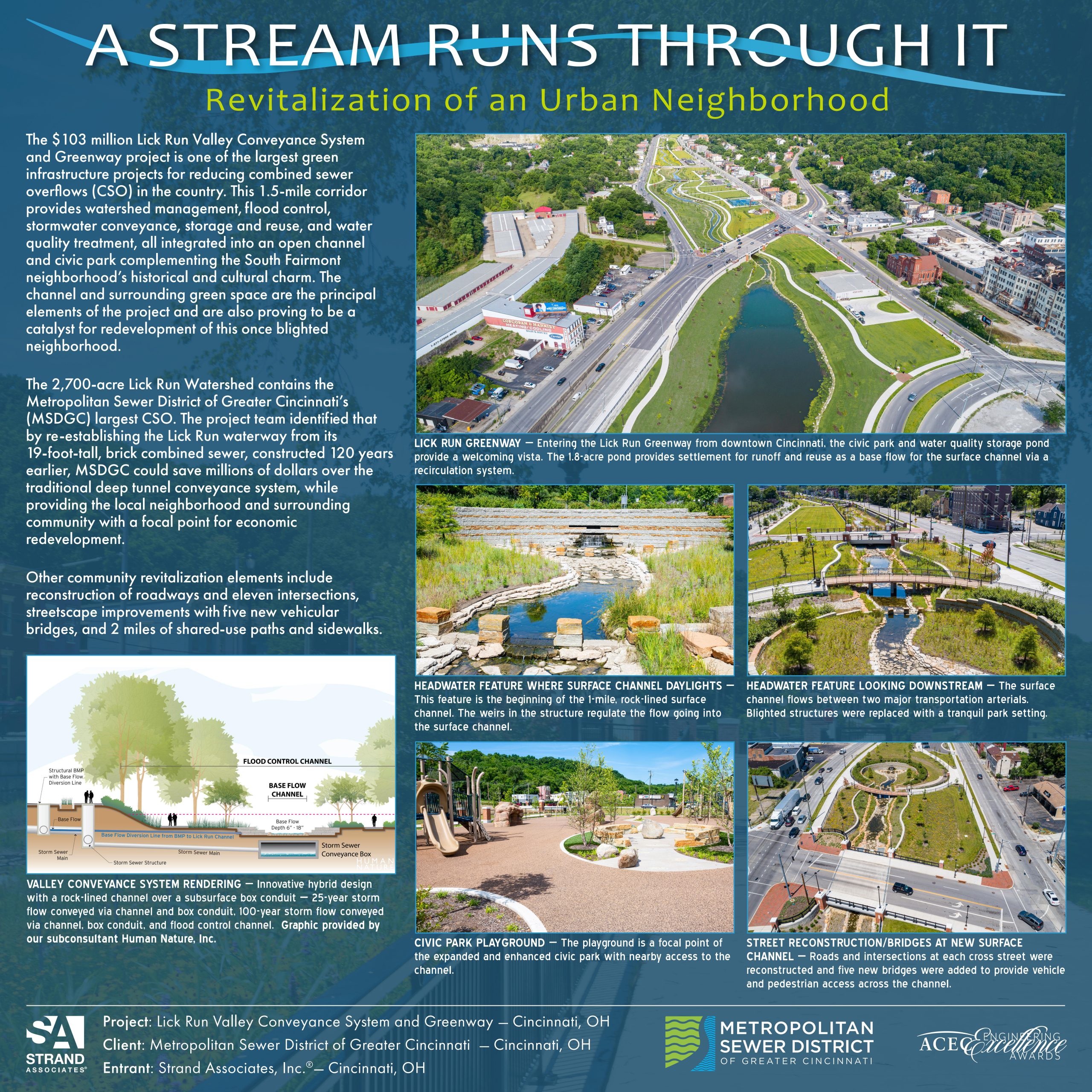 The $103 million, Lick Run Valley Conveyance System and Greenway project, which is one of the largest green infrastructure projects for reducing combined sewer overflows (CSO) in the country, has been awarded an American Council of Engineering Companies (ACEC) National Engineering Excellence Grand Award. This award is given to only 16 projects from across the country. At the state level, the Lick Run Greenway won an ACEC Ohio Engineering Excellence Outstanding Achievement Award and was chosen as the Grand Conceptor Award winner. In addition, the project won an APWA National Public Works Project of the Year Award in the Environment, More than $75 Million category.

Components of this award-winning corridor improvement project include: