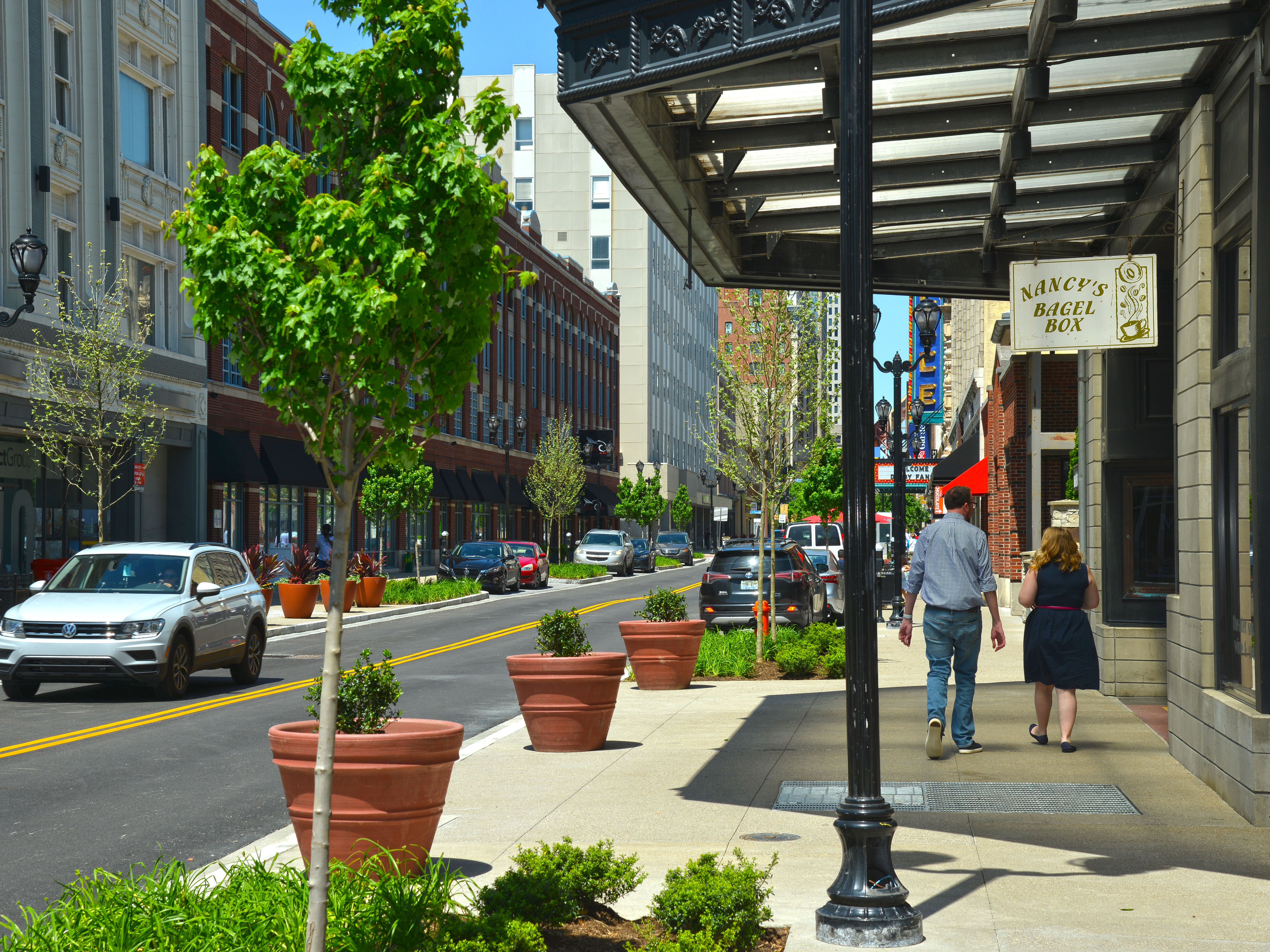 Louisville Metro Government and the Louisville Downtown Partnership collaborated to revive the historic South Fourth Street corridor. We were engaged in this multiyear, multiphase project during the implementation of Phase I to provide design services for Phase II. We then led Phase III that features raised intersections to facilitate safe pedestrian movement though the corridor, roadway realignment to remove the curvature of South Fourth Street, Americans with Disabilities Act (ADA) accessibility to all doorways, crosswalks, and tie-ins, as well as strategically located state-of-the-art digital kiosks that provide Wi-Fi hotspots and location-based information, and a 360-degree view of the area. A local public art initiative – “Love in the Street” – incorporated 21 locally-sourced poems sandblasted into the sidewalk. Development along the corridor associated with the South Fourth Street Streetscape Improvements has totaled more than $200 million so far. The South Fourth Street Streetscape Improvements project was selected for an Honor Award through the American Council of Engineering Companies of Kentucky Engineering Excellence Awards and was presented on November 7 in Frankfort, Kentucky.