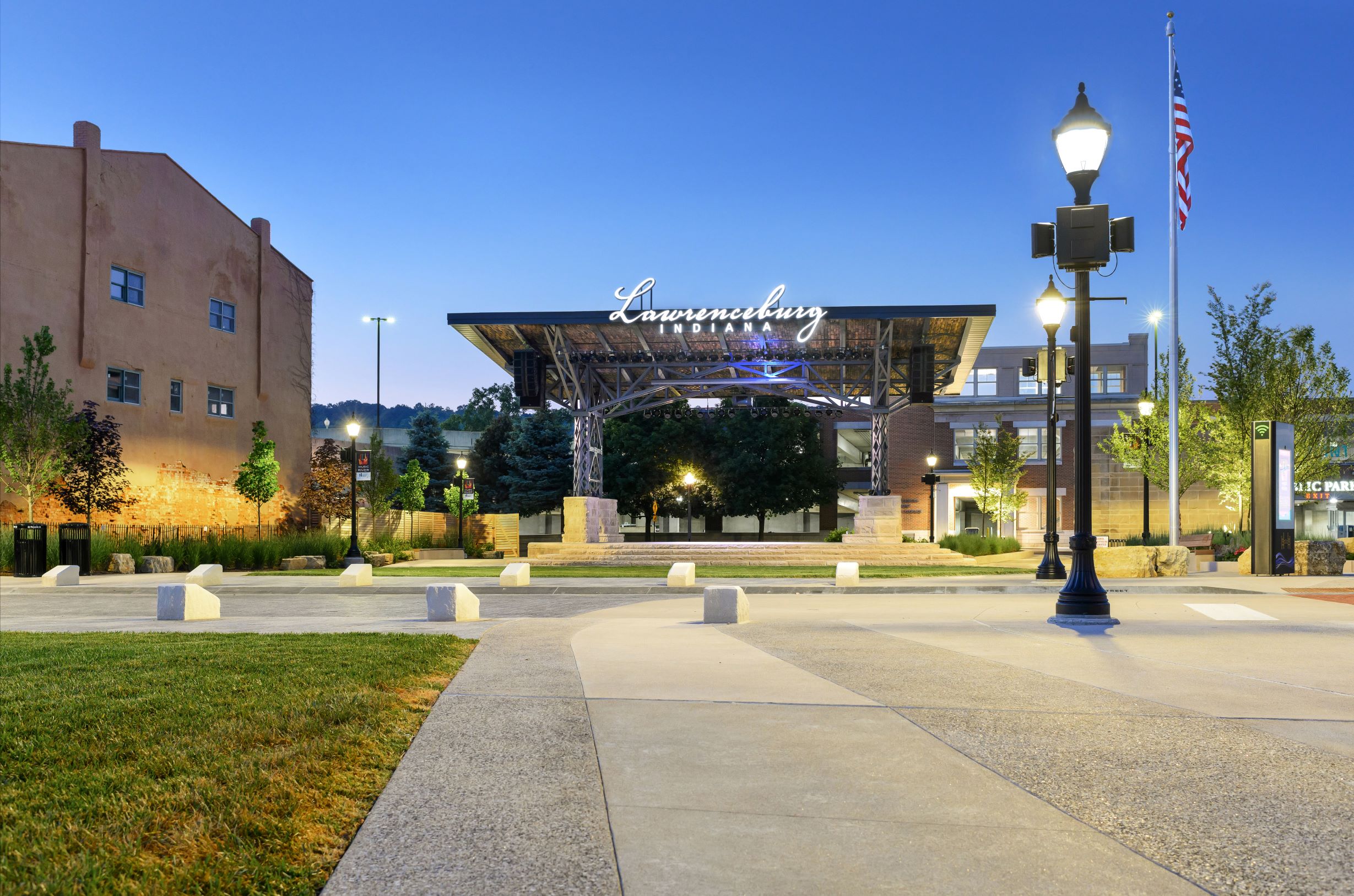 In an area that used to be two paved parking lots, we helped the City of Lawrenceburg (population 5,042) create a new Civic Park, complete with a state-of-the-art performance stage and sound system, green room, large green spaces for outdoor entertainment and relaxing, screen and rear-projection television, public family restroom, splash pad, and public Wi-Fi. The park and stage serve as the signature piece for the City’s “Music on the River” concert series. The park enhances and activates the City’s unique downtown district, drawing crowds from the tri-state area. The park was strategically located to connect and revive the areas near downtown. We led a diverse team in planning, designing, and implementing this Civic Park project. The Lawrenceburg Civic Park project was selected for a Merit Award through the American Council of Engineering Companies of Indiana Engineering Excellence Awards, which was presented on March 5, 2020, in Indianapolis.