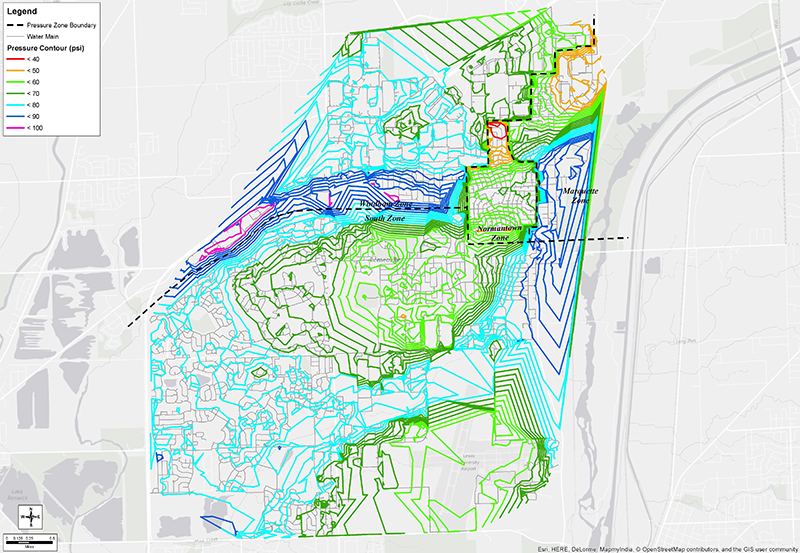 After the Village of Romeoville completed its model creation and calibration project in 2013, the Village hired us to complete its Water System Master Plan in 2016. The purpose of the project was to evaluate water system facilities, assess current distribution system performance, review existing supply and storage capacities, analyze the system’s ability to meet full build-out demands, and develop a capital improvements plan for future system improvements.

We toured and evaluated each of the Village’s major water system facilities and provided a list of recommended improvements for each facility, including an opinion of probable cost, which was then incorporated into the Village’s 5-year capital improvements plan.

Because the Village was growing, the model was updated to include all water main extensions and replacements over the past 3 years using GIS shapefiles and as-builts drawing information. Historical demands were re-evaluated and current-day estimated demands were re-allocated to the model.

The model was also used to evaluate switching from treated groundwater to receiving wholesale water as an alternative supply source. The model identified nearly $16 million in capital improvements that would be required if the source of water was switched.