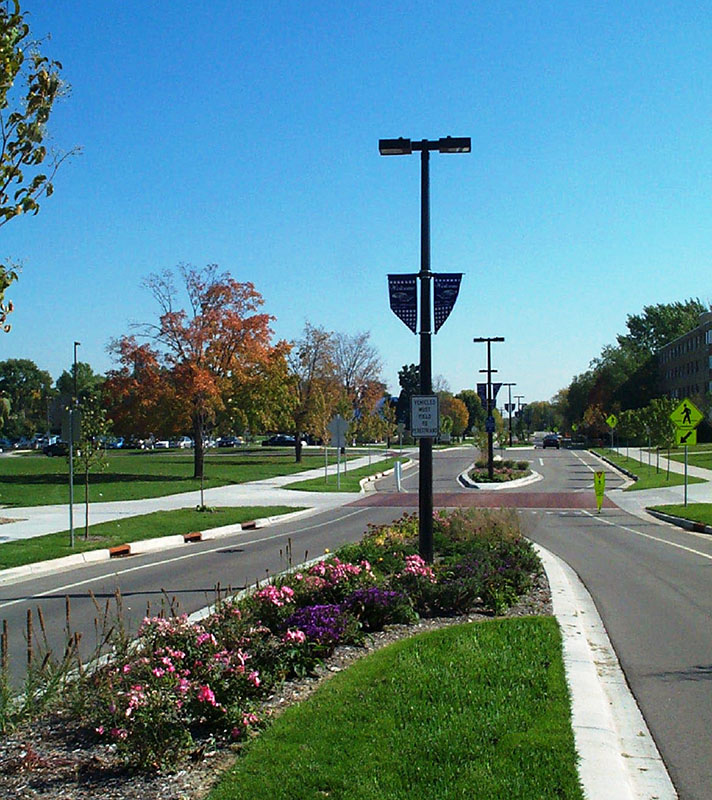 This mile-long urban street and utility reconstruction project was a joint effort by the City of Whitewater and the University of Wisconsin-Whitewater. A major element of the project was a new storm sewer system designed to convey a 100-year storm event and alleviate routine flooding in the campus area. Because of the size of the storm sewer, other utilities, including sanitary sewer, water main, gas mains, and fiber optics, had to be relocated. The design also needed to avoid other sensitive University-owned utilities in the right of way, such as steam tunnels and chiller piping, that could not be relocated.