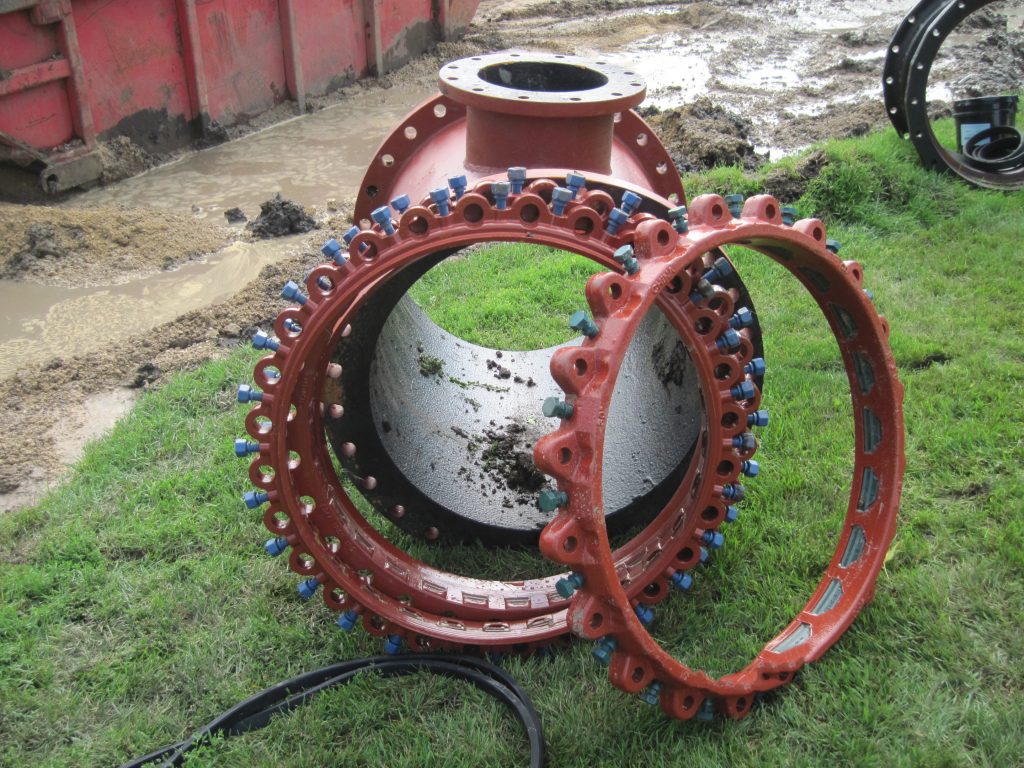 In 2008, the Iowa Department of Natural Resources (IDNR) issued a consent order to the City of Marshalltown requiring elimination of sanitary sewer overflows and basement backups. In response, the City initiated a program to reduce infiltration/inflow (I&I) in the sanitary sewer system and provide collection system improvements for conveyance of up to a 10-year storm event.

We reviewed the City’s interceptor and pump station capacities. The system evaluation indicated that significant improvements were necessary to convey the 10-year event to the Water Pollution Control Plant (WPCP). Several projects resulted from this study, including the Turner Street Pump Station Improvements and Force Main Project.  The objective was to eliminate bypassing of up to 11 million gallons per day (MGD) of sanitary sewer flows from the Turner Street pump station to Linn Creek during a 10-year storm event.  The modified pump station and new force main divert up to 19 MGD of sanitary sewer flows to one of the City’s equalization basins (which have a total capacity of 43 MGD) at the WPCP.

We resolved a number of design challenges with the existing pumping facilities and proposed force main alignment. The pump facility was constructed in 1972 by the Army Corp of Engineers (ACOE) to allow for sanitary sewer flows from the southeastern area of the city to be pumped across the constructed Linn Creek channel and flood protection system. Since this project required pumping capacity above the capability of the existing pumps, new pumps were needed that would provide the necessary capacity under the new head conditions and fit within the limited space available in the pump station building. Complicating design efforts, much of the proposed alignment needed to be installed adjacent to an existing ACOE levee system and a portion of that alignment was on Union Pacific Railroad (UPRR) property. This required lengthy permitting efforts from both the ACOE and the UPRR.

The second project included installation of 9,100 LF of 30-inch sanitary sewer force main, 483 LF of 30-inch sanitary sewer force main with bore and jack steel casing under the UP Railroad and three city streets, and approximately 1,200 feet of complete street section removal and replacement. To accommodate infrequent use of the force main, cleanout and drain manholes were necessary along the alignment to allow maintenance of the force main system.

By eliminating bypassing to Linn Creek, the force main project provides peace of mind to a community beset by rain events that were difficult to control. In addition, elimination of discharges to Linn Creek will improve the quality of downstream waters while continuing to meet the requirements of the IDNR.