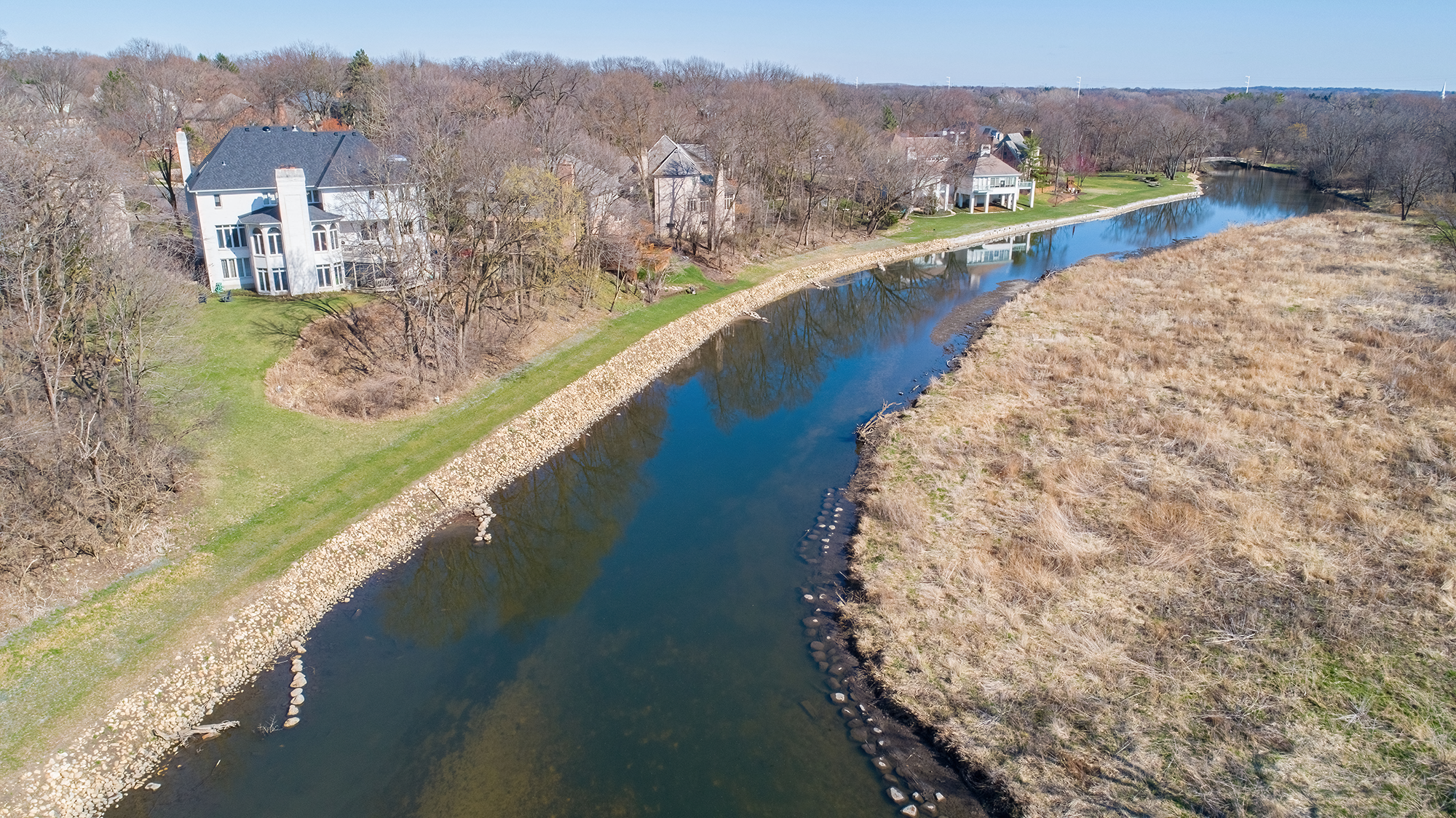 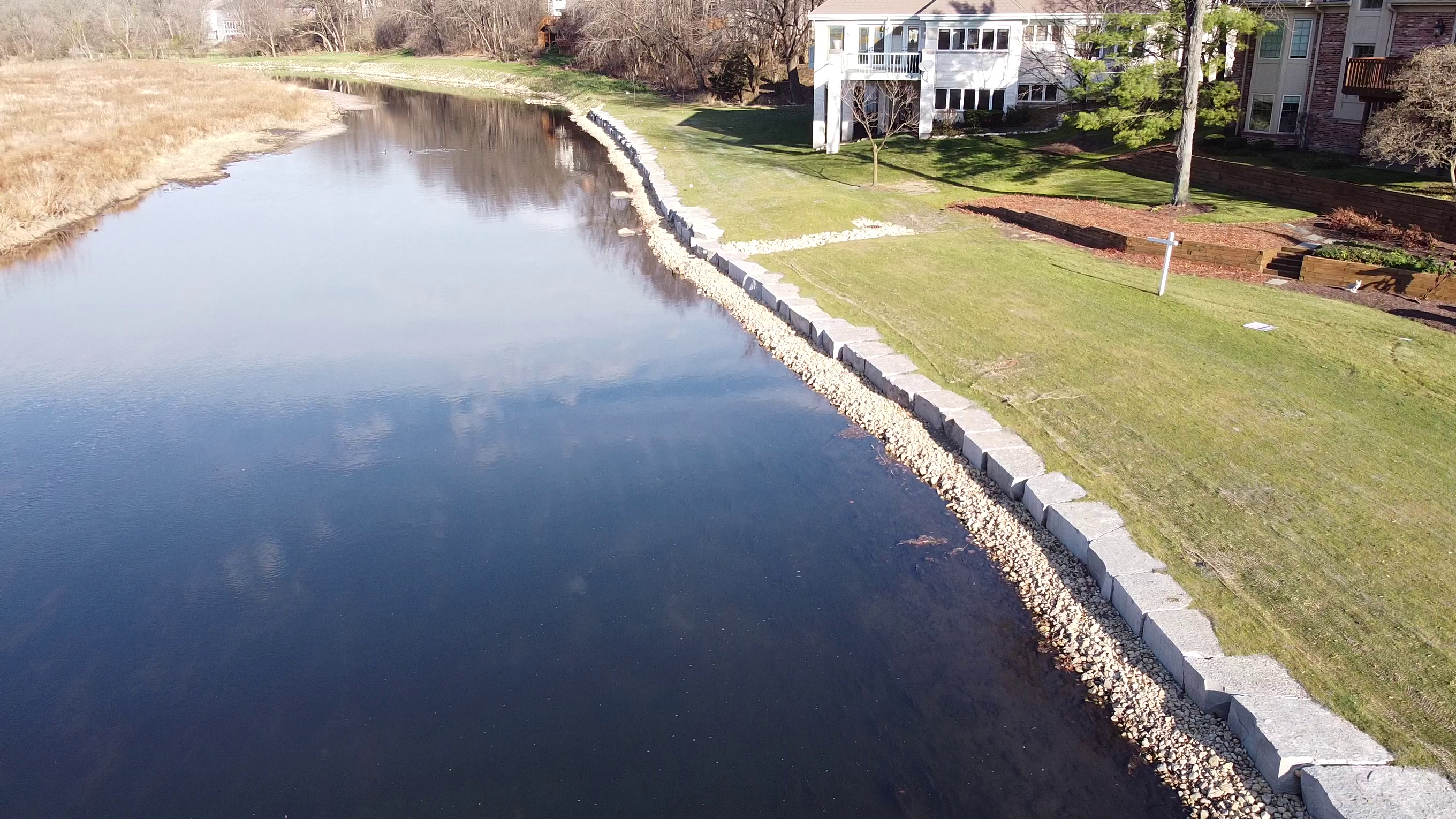 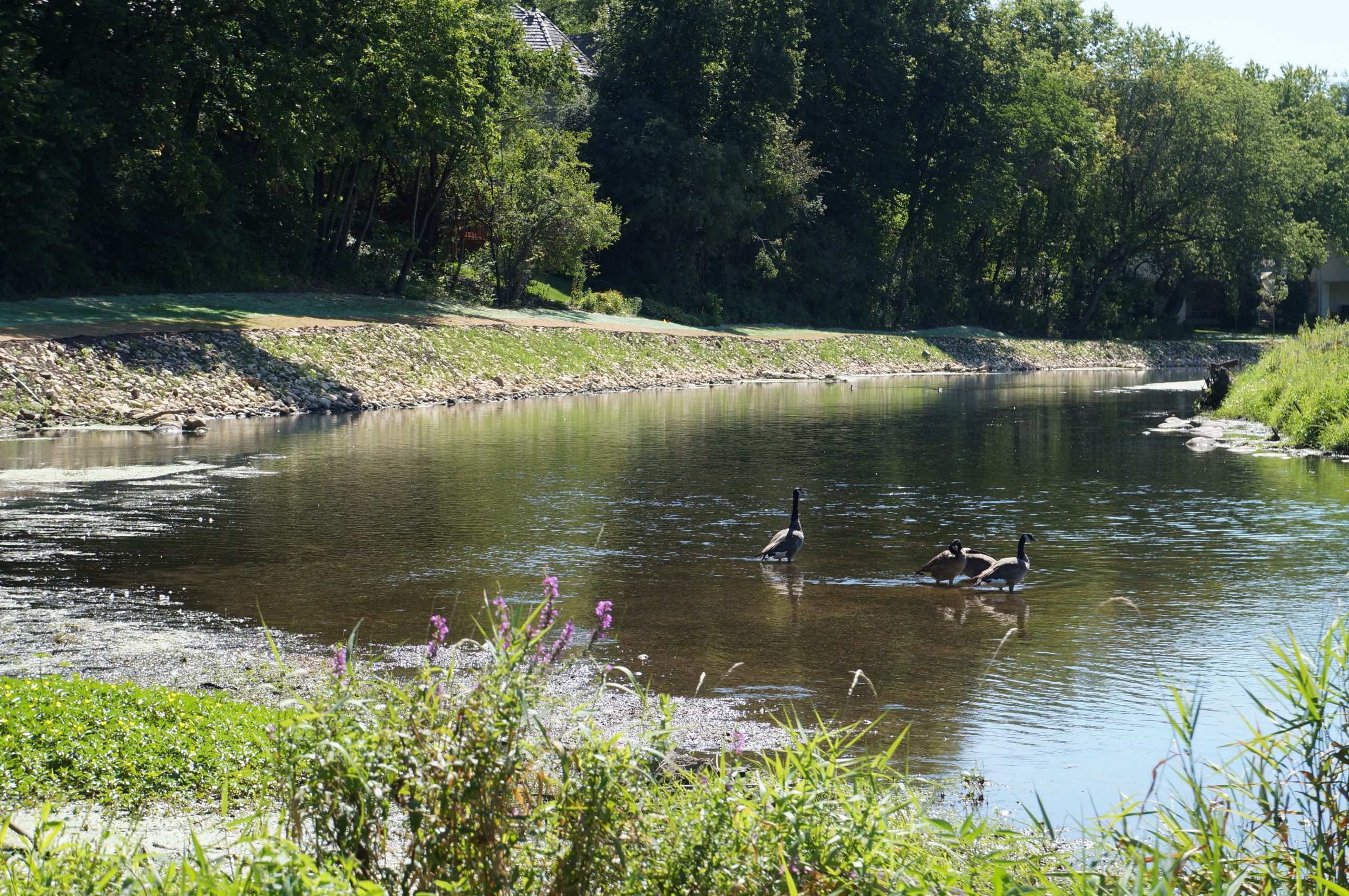 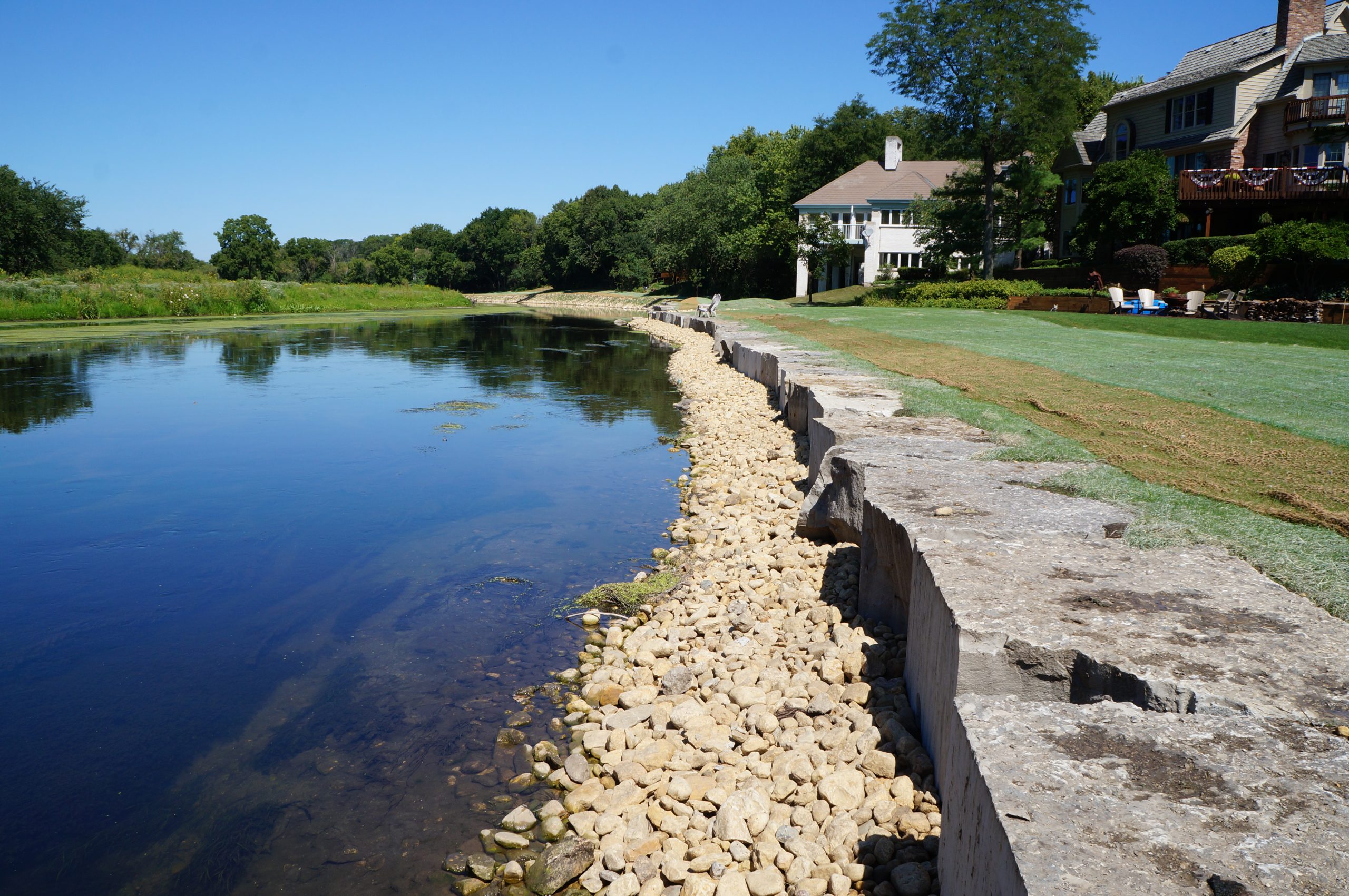 We were hired to study the relationship between the DuPage River and a 7,000-foot segment of the City of Naperville’s South-Central Interceptor Sewer to identify a way to stabilize and protect this valuable piece of public infrastructure. In areas with the most severe erosion, vegetated boulder revetment consisting of large stone boulders were installed to stabilize the bank. Between the boulders, topsoil was returned, and native plantings were incorporated to encourage vegetation growth. At locations along the river with outside bends, rock vanes were installed to create an eddy, forcing velocity away from the banks and back into the river, thereby, reducing scouring of the riverbank.

Loss of soil cover because of upland runoff and riverbank erosion caused the pipes in some areas to be exposed, essentially turning the pipe into a dam. We stabilized them in place with a pipe cradle to allow runoff to flow over the pipe while maintaining current flow conditions without backing flow upstream or impacting the wetland area.

To address the high flow velocities and scour energy underneath the interceptor sewer in some locations, a wire-connected, articulated concrete block was used to provide protection against scour. The run in and run out sections in the side walls were stabilized with large diameter riprap and tied into the vegetated boulder revetment. To protect the pipe from upland debris, vertical concrete piles were installed to protect the pipe while allowing the flow under the pipe to continue to the river.

The City approved additional areas of riverbank erosion as a good-faith effort to the various property owners along the river corridor. Since construction, a resurgence in wildlife has been enjoyed by area residents, including great blue herons, egrets, orioles, red winged black birds, deer, and muskrats, among others.