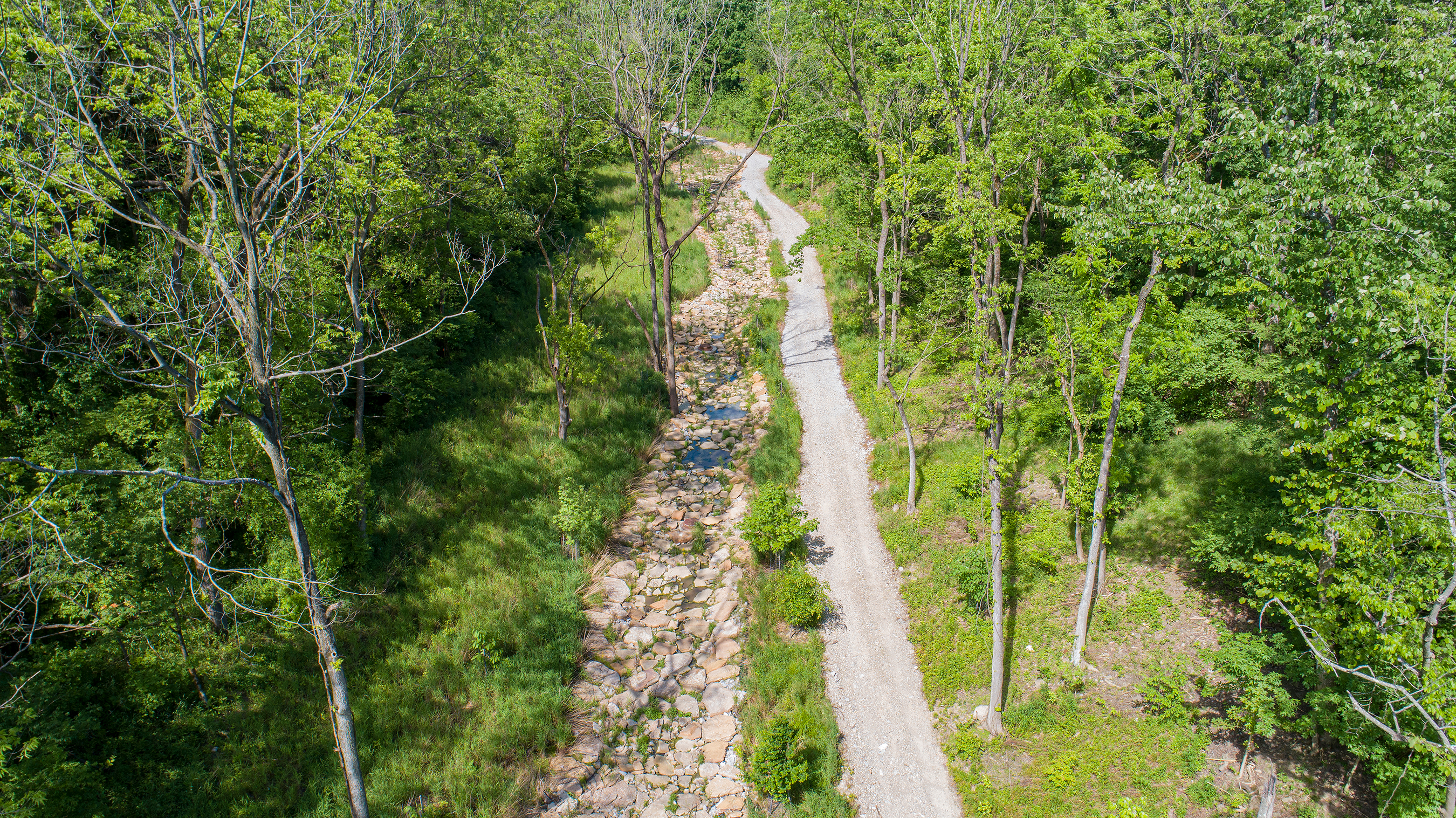 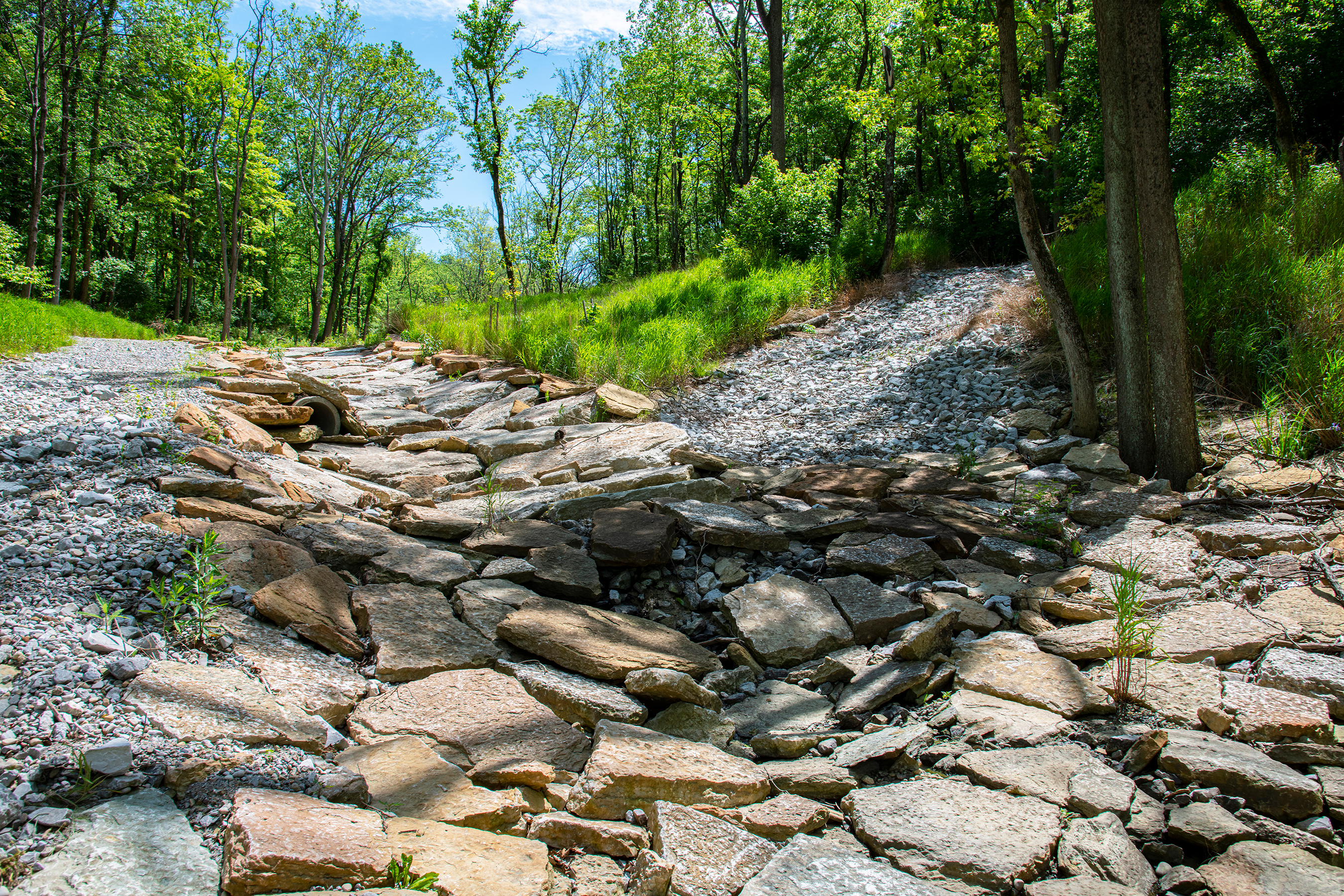 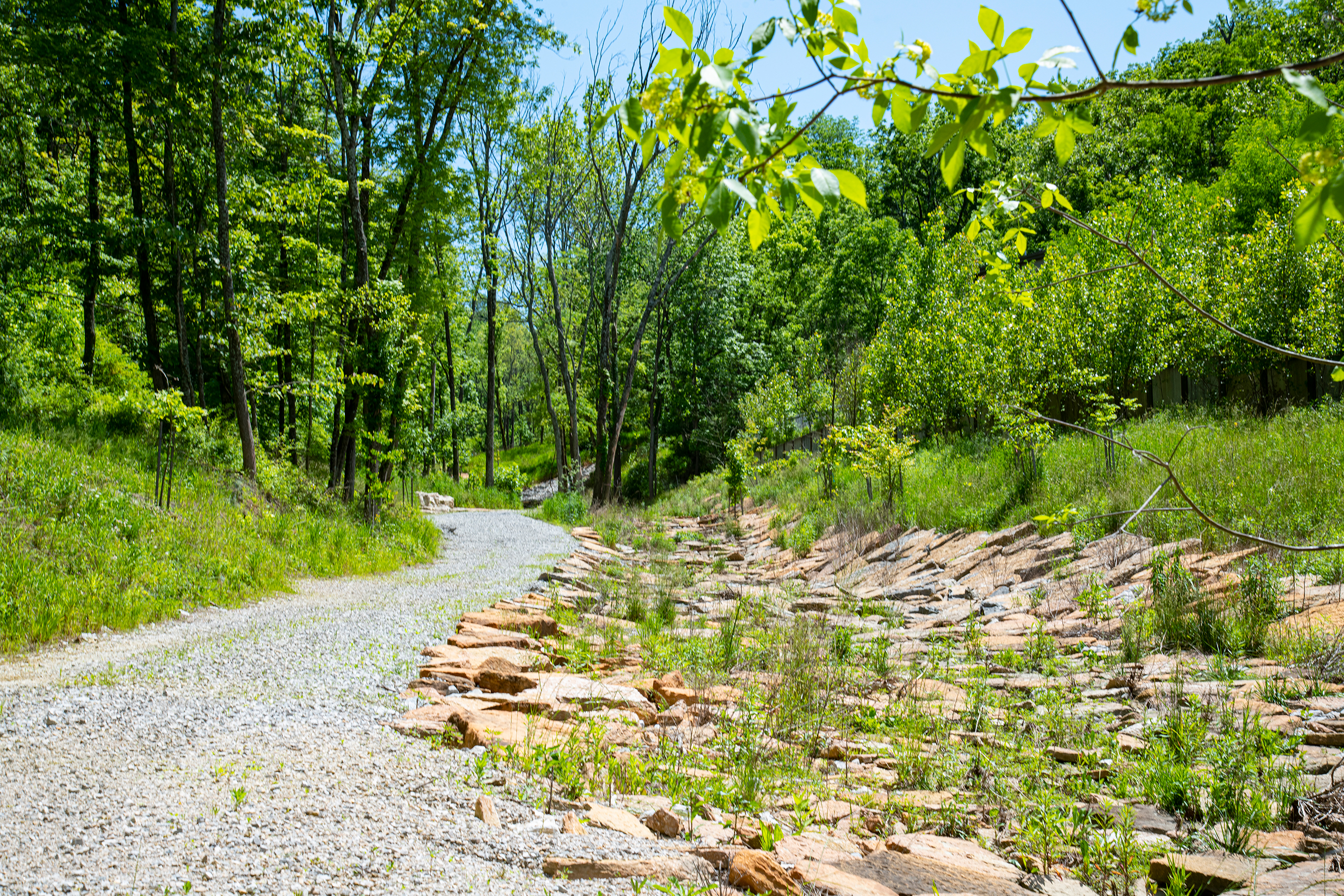 A naturalistic open channel conveyance system was developed for the Glenway Woods ravine in Cincinnati. The 82.5-acre project drainage area had an estimated annual runoff volume of 24.5 million gallons (mg) for the priority drainage areas. Our proposed system conveys tributary surface runoff along the corridor as well as separated stormwater flows from surrounding areas. The concept plan includes sealing the existing inlets to the combined sewer within the main ravine in Glenway Woods to prevent stormwater from directly entering the sewer and utilizing natural techniques to enhance the open channels.

The naturalized open channel is composed of limestone creek rock and bedrock placed over the existing grade to create a new channel surface that is appropriately sized to handle the proposed stormwater flows. Buried grade controls and log vane drop structures are spaced throughout the upper portions of the channel to provide stability and minimize erosion. Step pool zones were designed in the lower portions of the channel to reduce stormwater flow velocity. The alignment of the open channel was intended to minimize disturbance to the existing ravine and surrounding landscape. All disturbed areas outside the channel were vegetated and stabilized with native plantings and trees.

We created a wetland bioinfiltration/detention feature within the main channel where a basin area has naturally developed in the ravine. It included an overflow structure along with an emergency spillway stabilized with large limestone ledge rock. A forebay was constructed near the mouth of the connecting tributary to allow for sediment deposition and periodic removal of sediment.