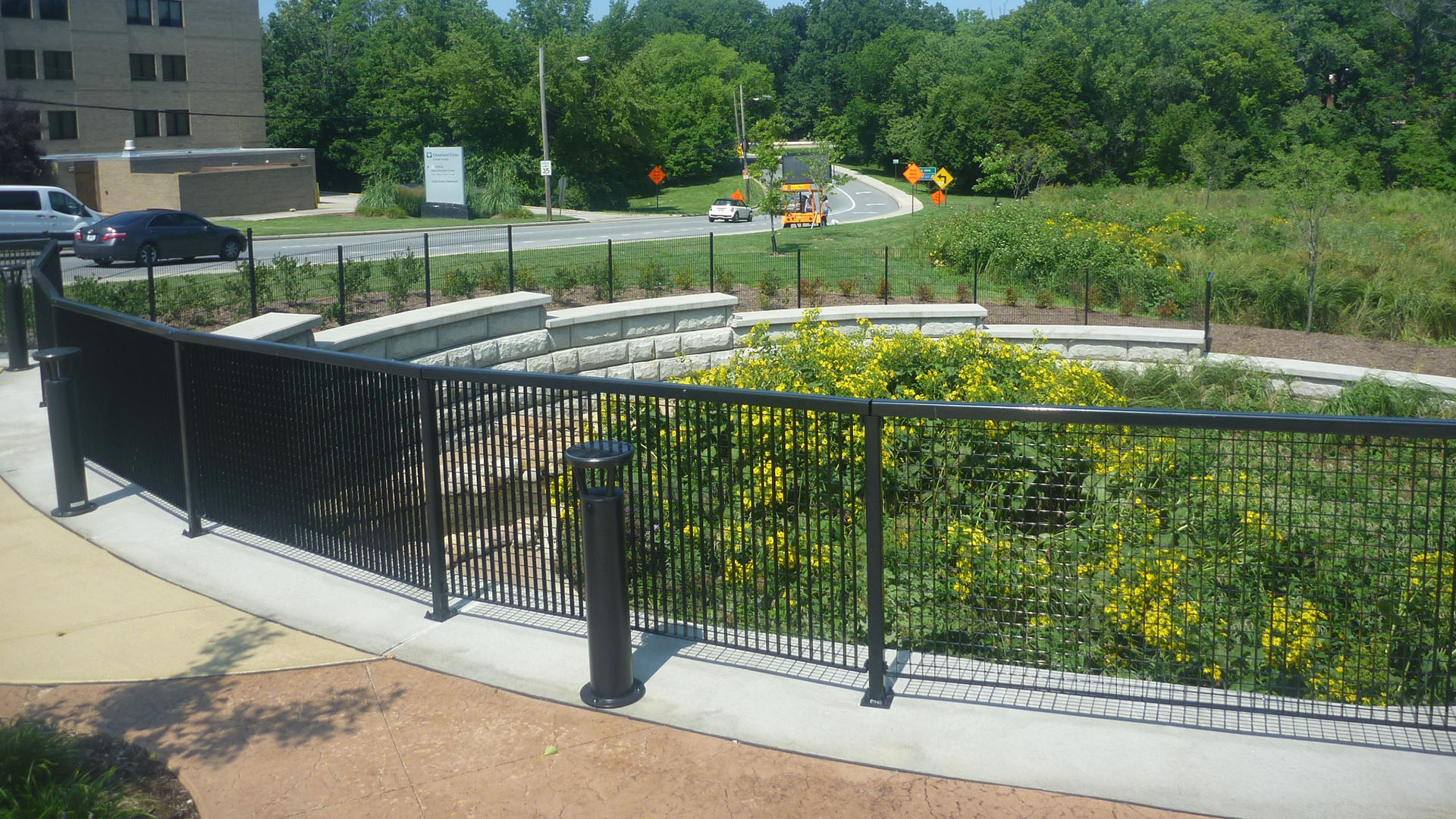 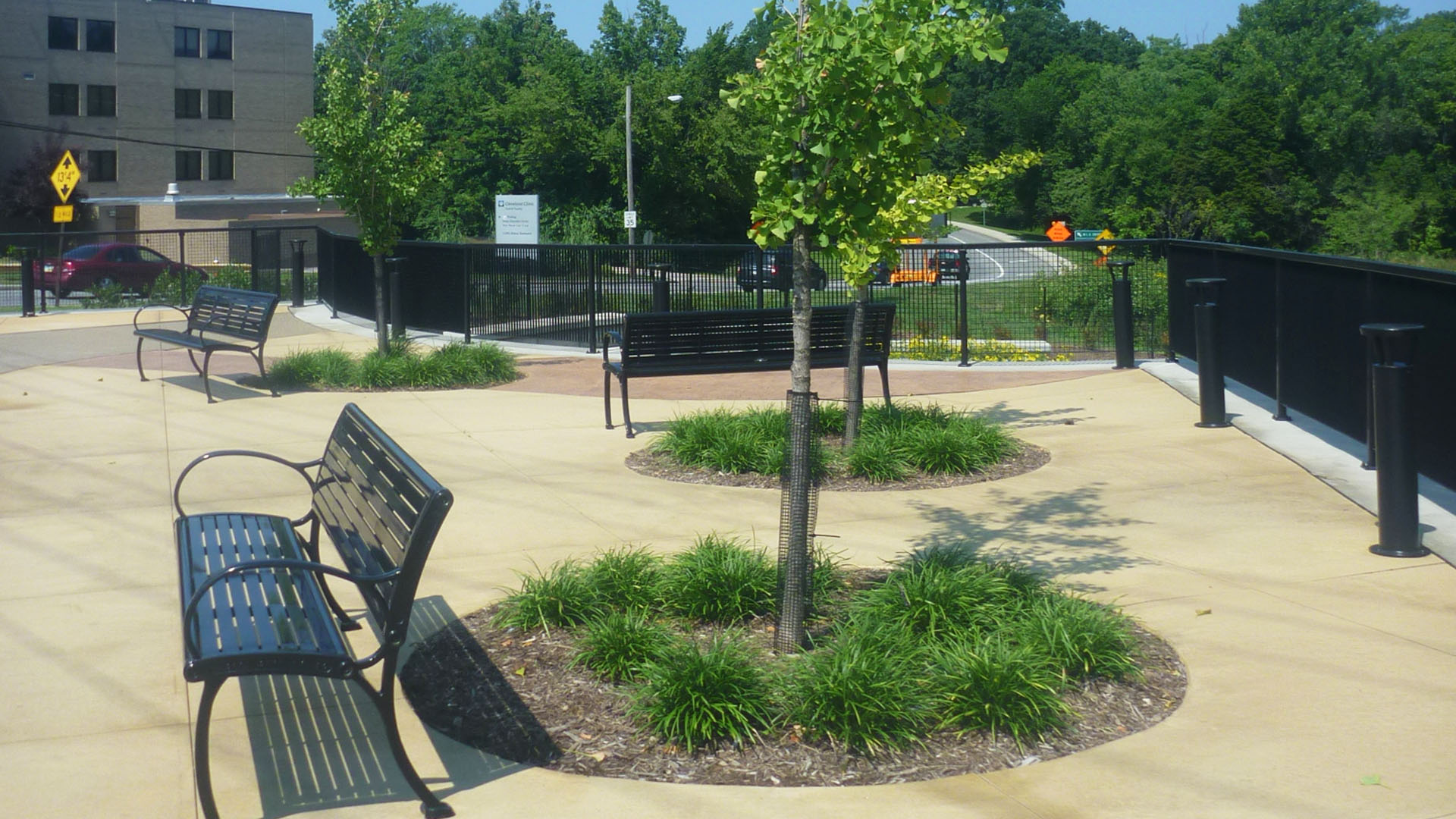 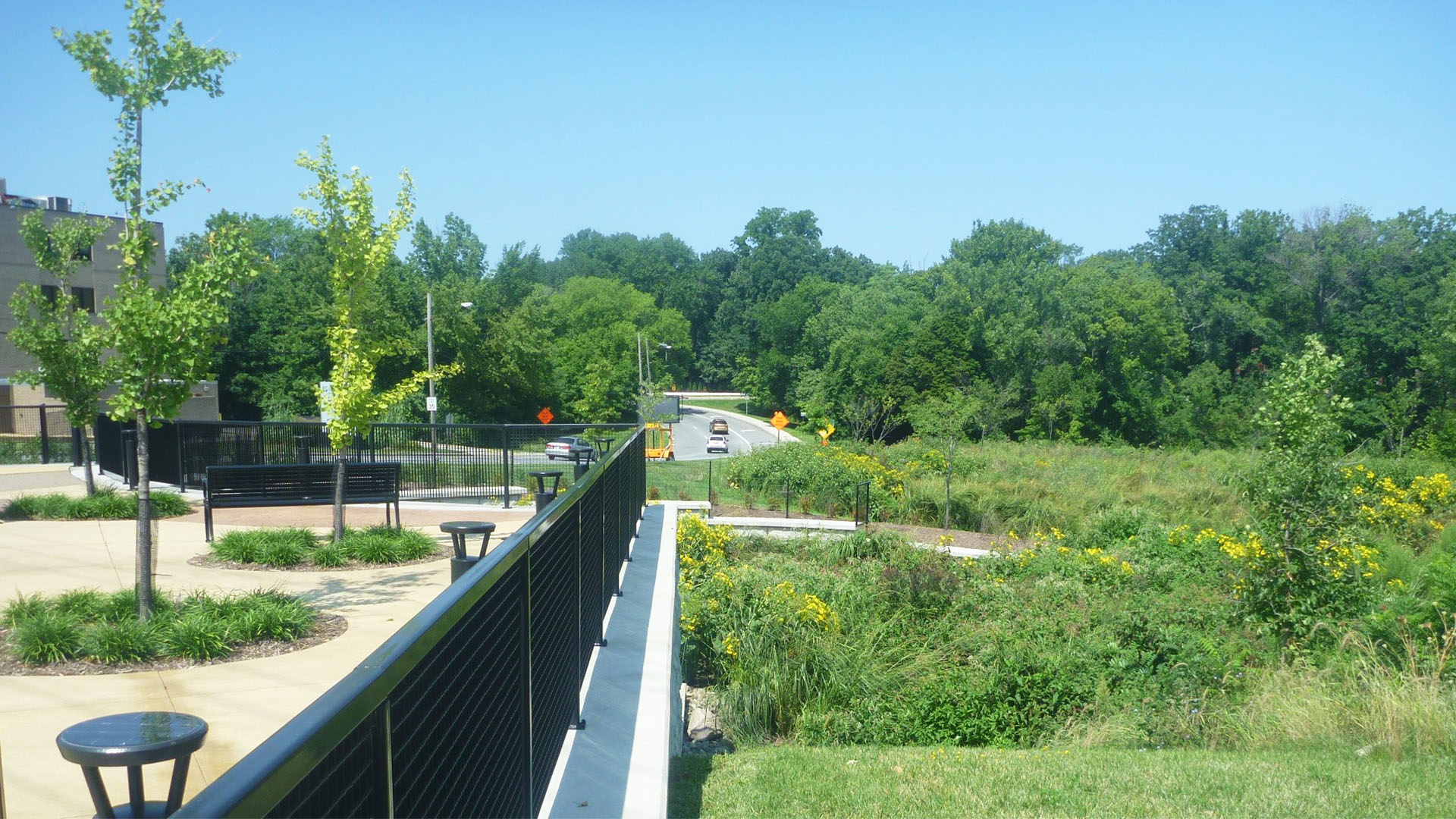 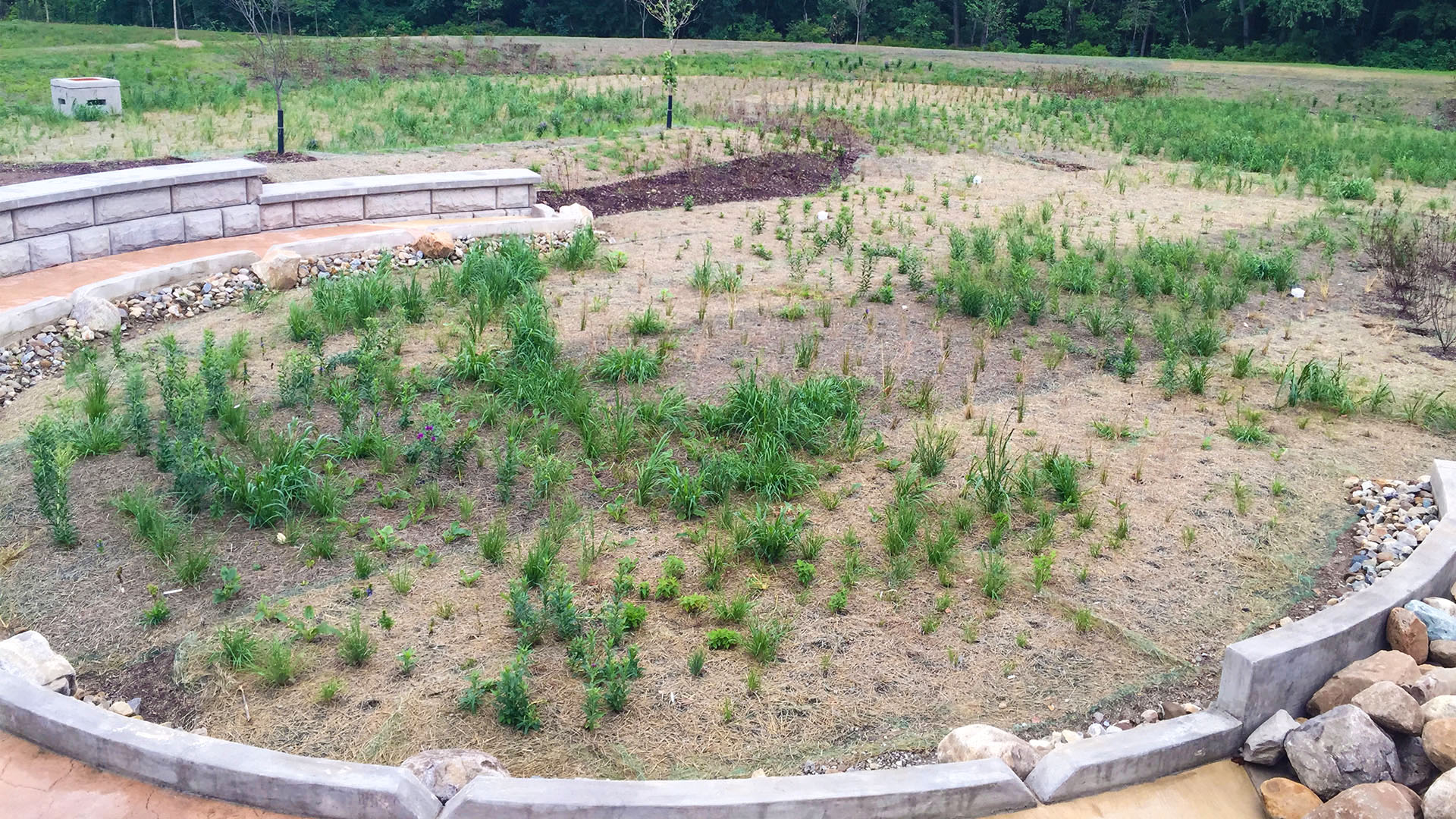 Our approach to CSOs focused on looking for ways to remove the stormwater from the combined sewer system (CSS) economically, rather than ways to upsize the capacity of the combined system. Our method included the potential for added value and amenities for the community in terms of physical surface features. The Fairhill-MLK project consisted of the design of significant sewer separation over an area of approximately 50 acres, water quality treatment and detention in a 20,000-square-foot, two-tiered bioretention basin in Ambler Park, a new public plaza area with stormwater educational components, and approximately 9,000 feet of storm sewer to convey stormwater to the basin.

Bioretention systems are typically intended to capture and treat small drainage areas, usually less 10 acres. For the Fairhill-MLK project, we were able to combine the functionality of conventional detention basin design with the design principles of bioretention basins on a larger scale to treat a much larger drainage area – approximately 50 acres. The project captures and treats approximately 7 million gallons of stormwater per year, resulting in a reduction of approximately 2 million gallons per year of CSO to Lake Erie.

Additionally, the connection of the storm sewer overflow back into the combined sewer was extremely complex. The design of the connection to this brick sewer included placement of a 96-inch doghouse manhole structure with a cast-in-place, reinforced concrete foundation. A concrete bench was designed to support the base of the existing brick sewer, and the top half of the brick sewer was removed within the manhole to create a point of entry for the new storm sewer. Connection to the combined sewer also included a 36-inch backflow preventer to prevent flow from the CSS from surcharging the basin.

The use of green infrastructure to reduce the CSOs provides a variety of other benefits, including improving the quality of stormwater runoff through natural treatment processes, planting of nearly 15,000 plugs, plants, and shrubs, improving air quality, creating environmental habitat, and improving stormwater infiltration. This project demonstrates that green infrastructure can effectively contribute to CSO reductions.