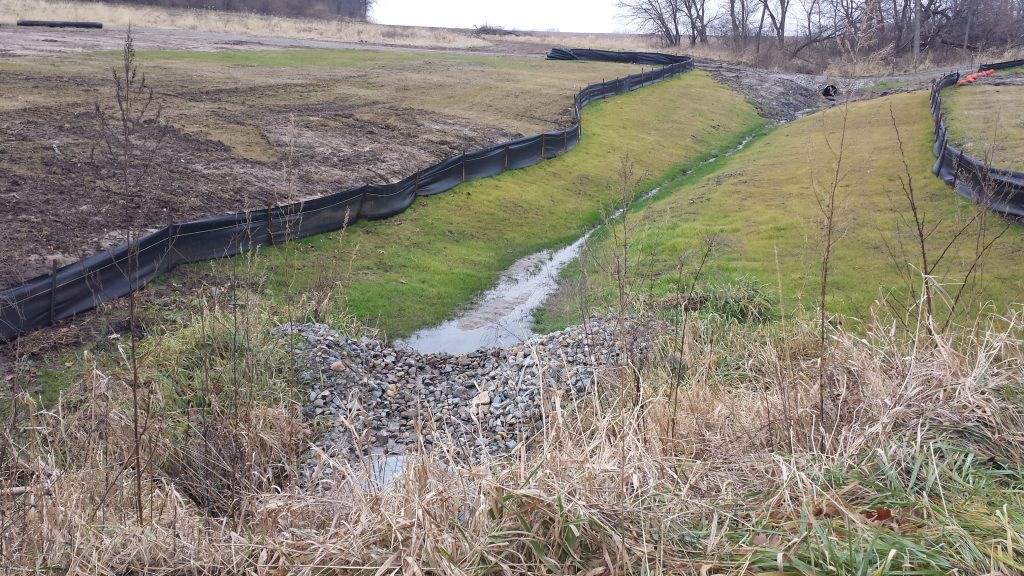 We completed a Sanitary Sewer Service Study that revealed a critical need to provide sewer service to a future growth area east of the city. Proactive collection system planning made it possible to proceed with almost $5 million in improvements to sewer and water systems, paving the way for additional economic growth. During design, the City utilized water system studies and modeling we completed as a foundation for its decision to move forward with improvements to this growth area.

Routing a large trunk sewer through several well-developed properties required negotiating alignment through dense trees, floodplains, wetlands, and areas of deep excavation. In addition, rerouting and stabilization of stream alignments, trenchless pipe installations under roadways, and securing project approval from multiple stakeholders was needed. The project required easements from 13 separate property owners, of which 12 were agreed upon; the thirteenth proved to be time-consuming.

Residents were kept informed weekly via emails that provided an overview of construction progress, a forecast of the next week’s potential work schedule, and any precautionary measures for week.

Restoration of the disturbed stream channel was successfully completed. Control measures were installed in the stream, including check dams, rock riffles, and concrete culvert crossings. These control measures improve the stream by reducing water velocity, reducing channel downcutting, and adding air to the stream water. Several stream banks were improved with permanent turf reinforcement matting with vegetation or stone, which reduces bank erosion.