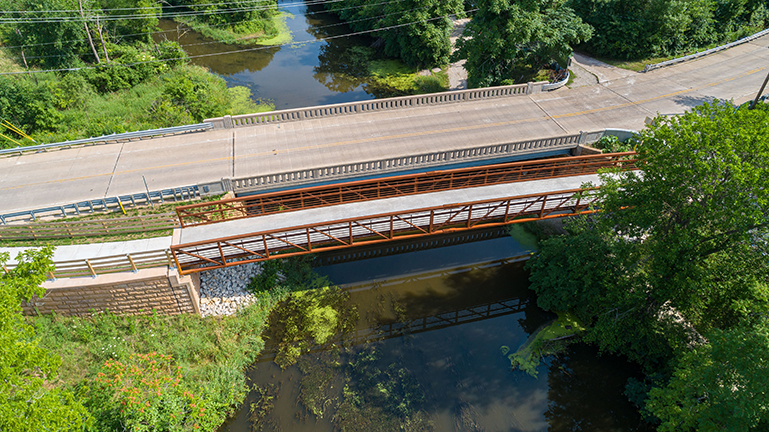 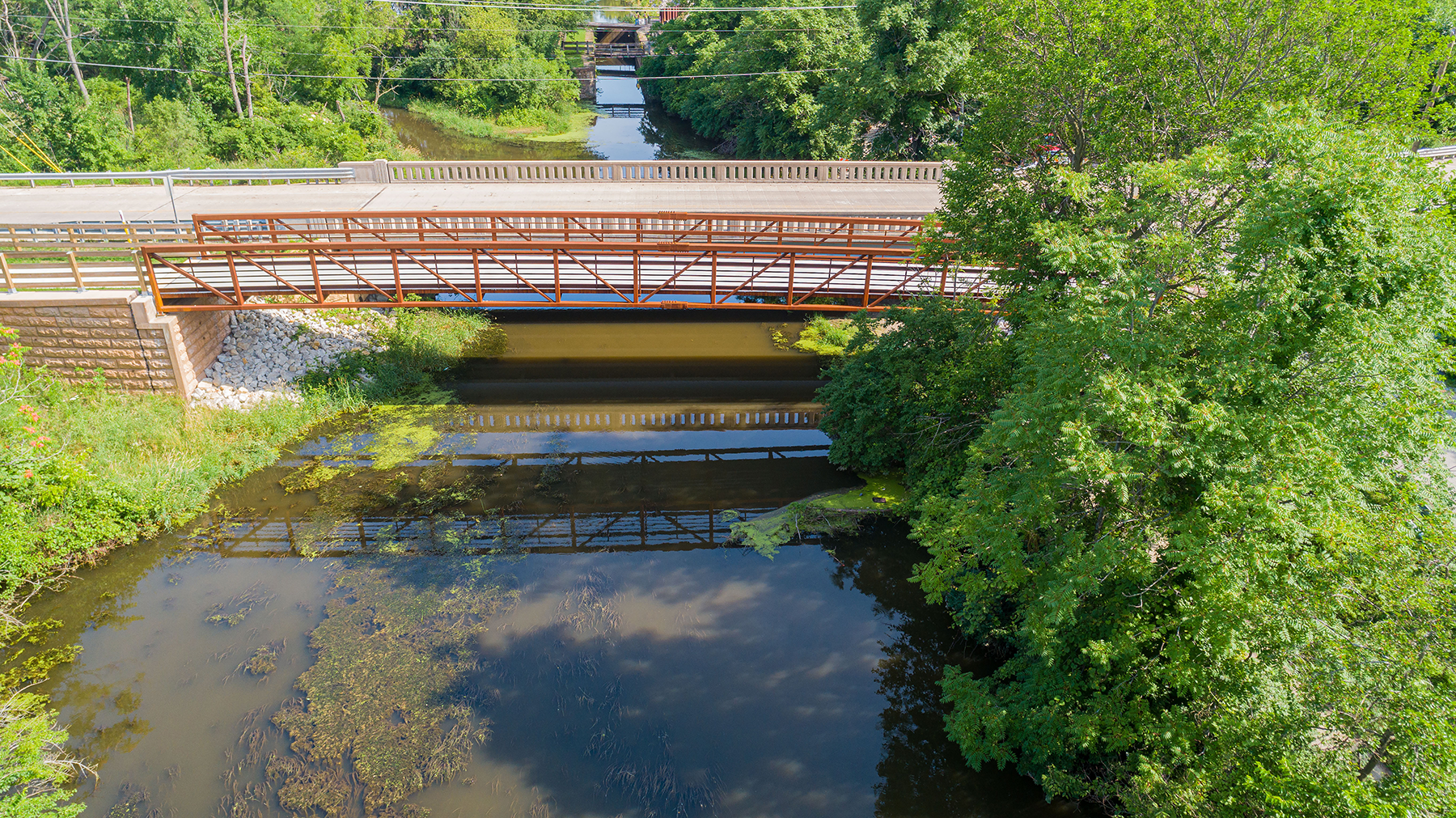 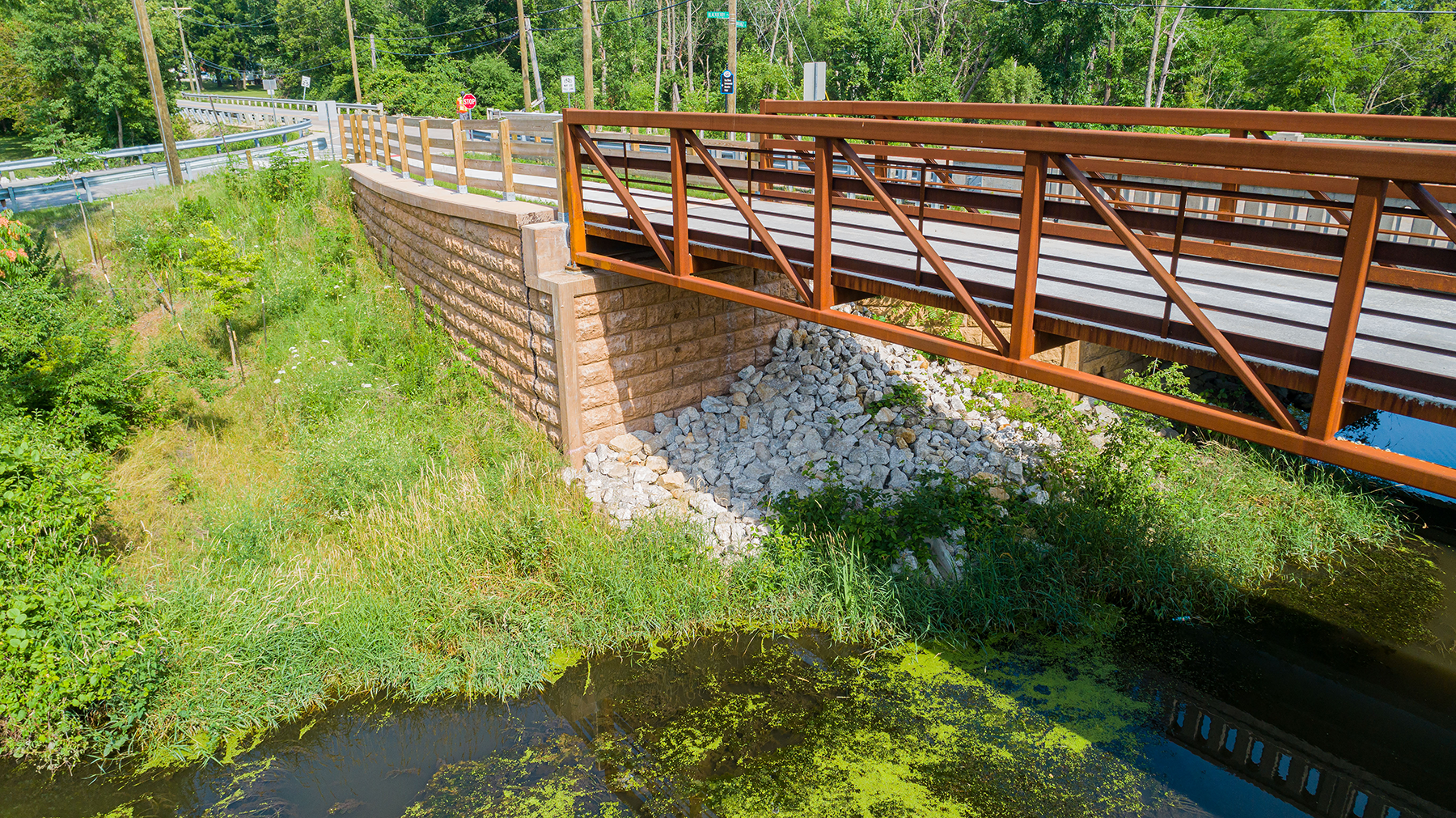 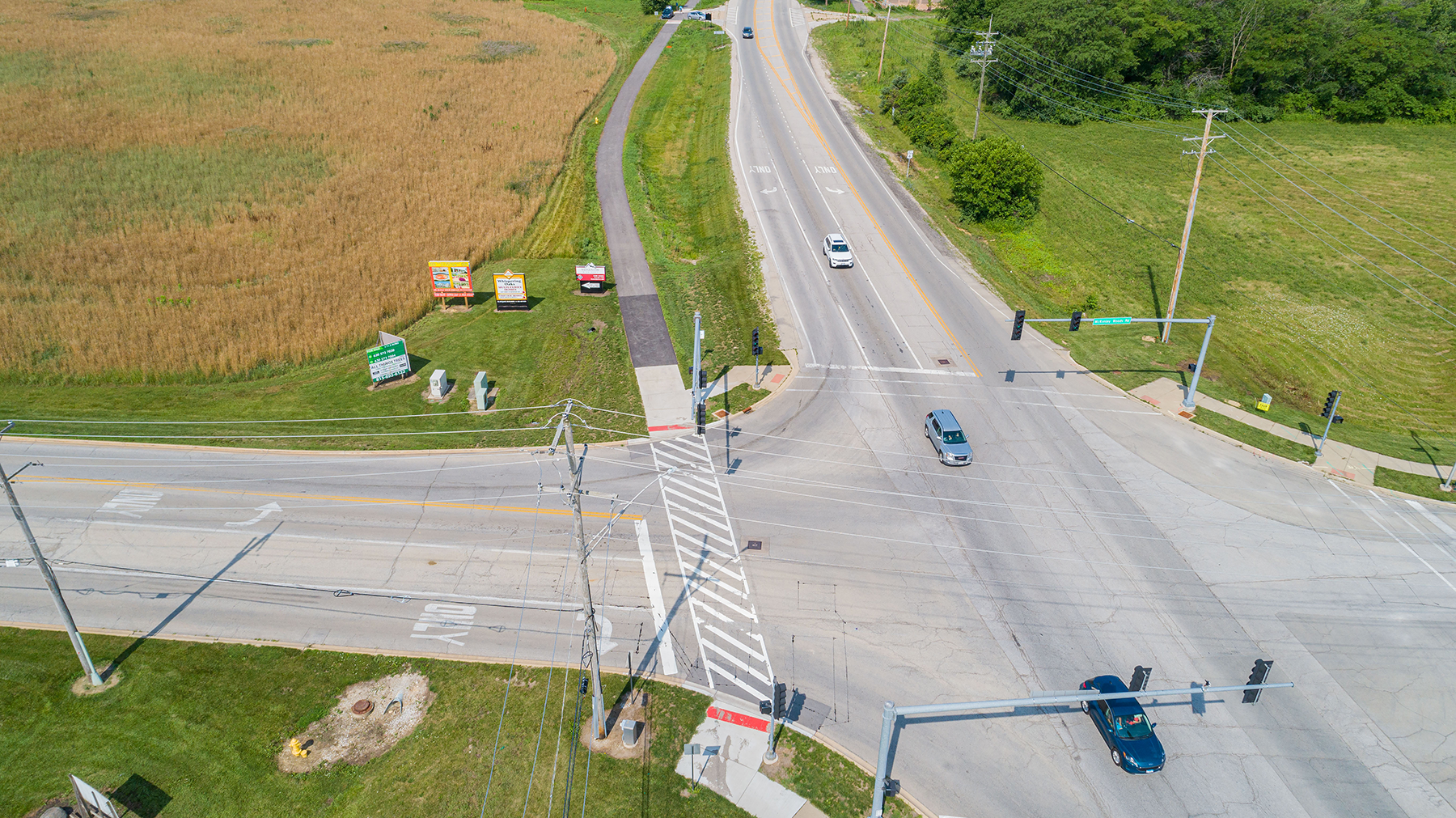 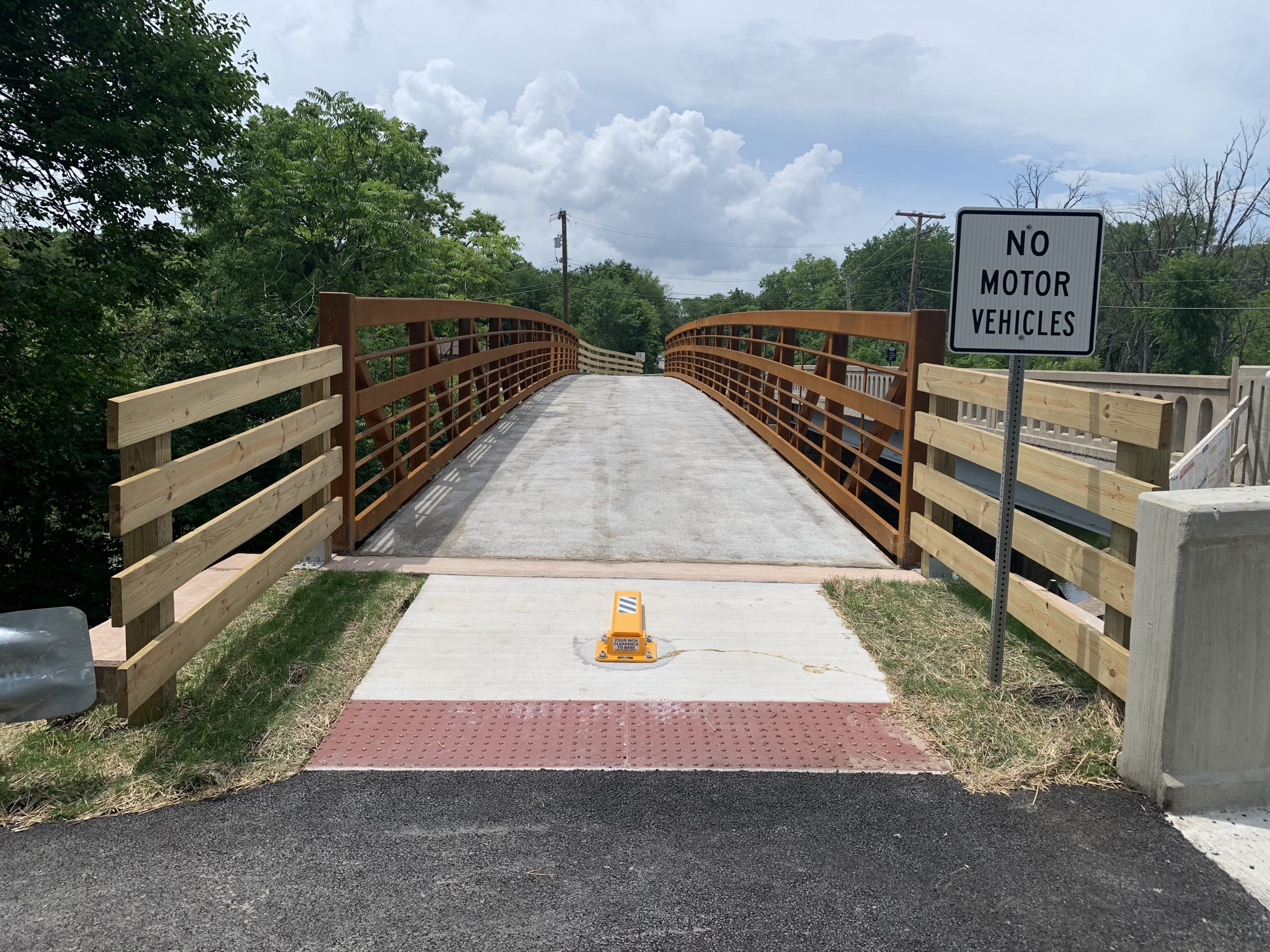 The Village received two Illinois Transportation Enhancement Program (ITEP) grants to construct approximately 1 mile of shared-use path along
US Route 6 and Bridge Street. We designed a new 12-foot-wide bituminous path that will provide critical connectivity between an existing bike path along Route 6 to the Illinois & Michigan (I&M) Canal Trail. Because of funding limitations, the overall project was divided into three separate design and construction contracts. The first included extending the existing path on the west end to McKinley Woods Road and the I&M Canal crossing on the east end. An on-street bike boulevard was signed and striped in the first contract where an isolated path was developed to provide continuous trail connection until the second contract was completed.

In the completed first contract, a new crossing of the I&M Canal Trail was provided with a prefabricated pedestrian bridge. Because of steep slopes, tight right of way (ROW), and to avoid fill in the floodway, a 13-foot sheet-pile retaining wall was constructed along the southwest approach of the new 119-foot pedestrian bridge. To satisfy aesthetic requirements of the Village and the Illinois Department of Natural Resources (IDNR), the concrete fascia of the wall was tinted and textured to match surrounding exposed stone.

Nine ADA-compliant curb ramps and signage and pavement markings were placed to safely guide users along Bridge Street between McKinley Woods Road and the I&M Canal crossing. An IDNR Office of Water Resources Floodway permit was obtained for the new canal crossing. During Phase I, the preliminary environmental site assessment identified properties with ‘recognized environmental conditions’ within Illinois Department of Transportation (IDOT) ROW. We worked with IDOT to identify the amount of soils that would be classified as non-special waste and we closely documented earthwork materials.