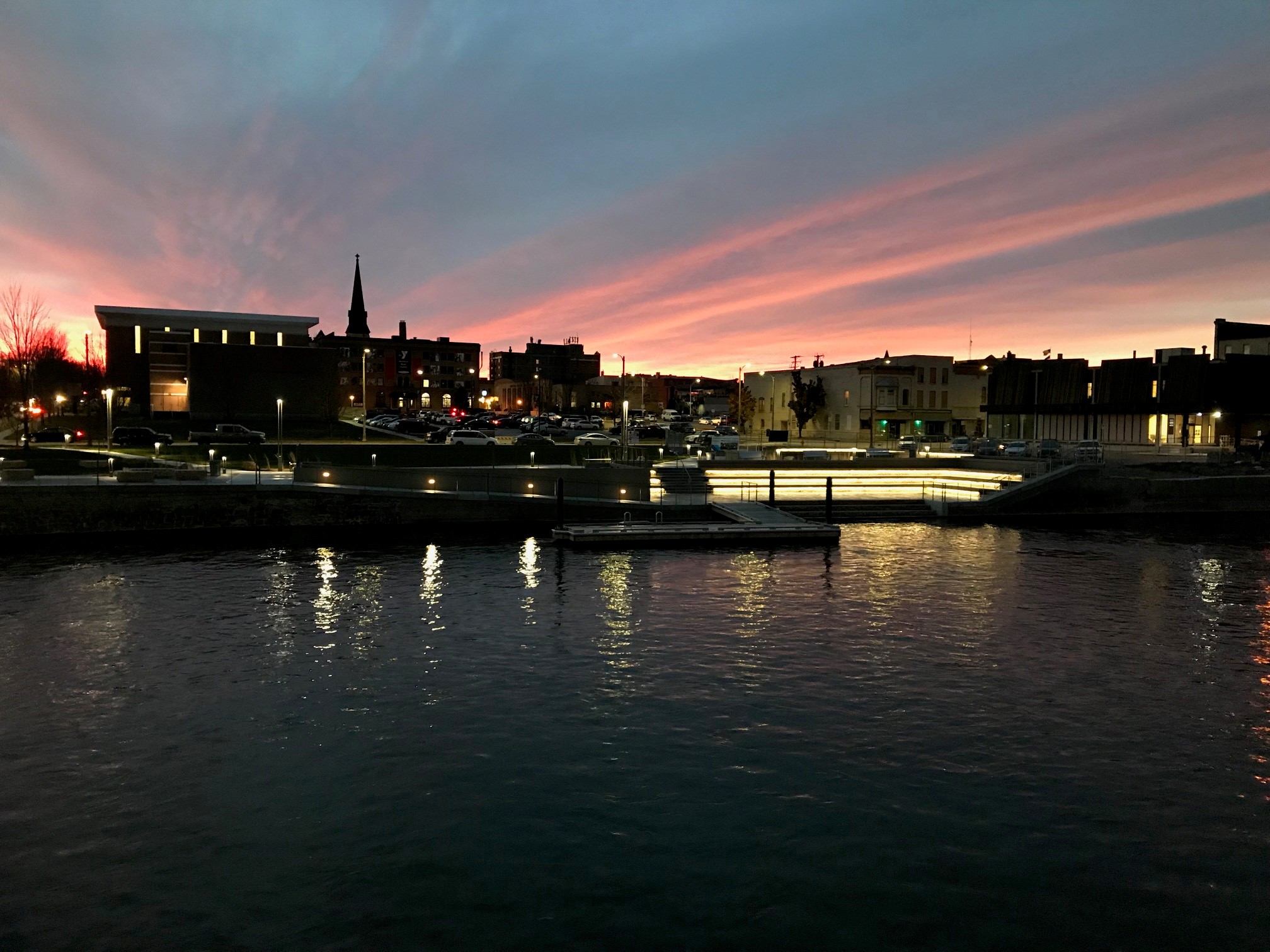 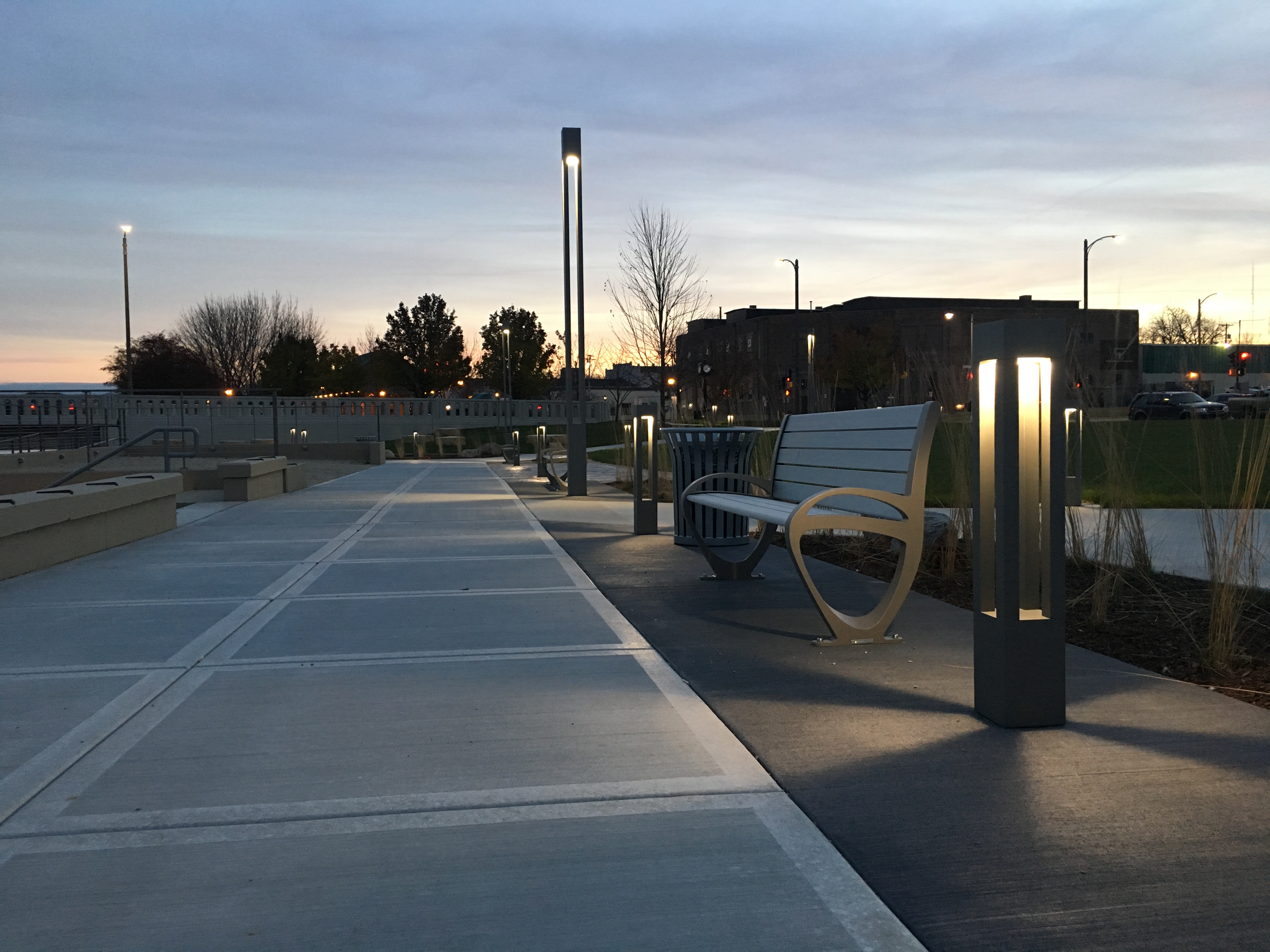 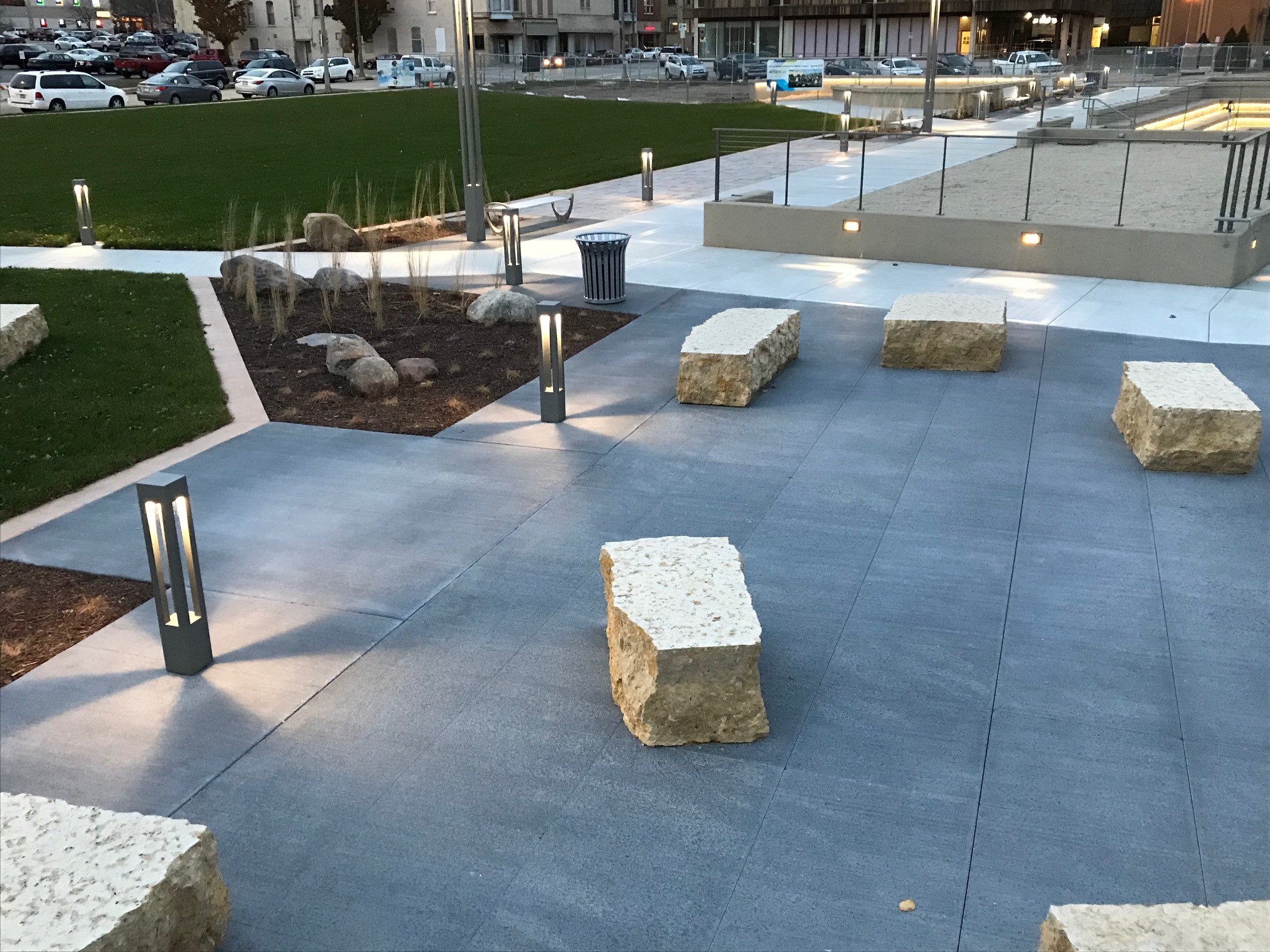 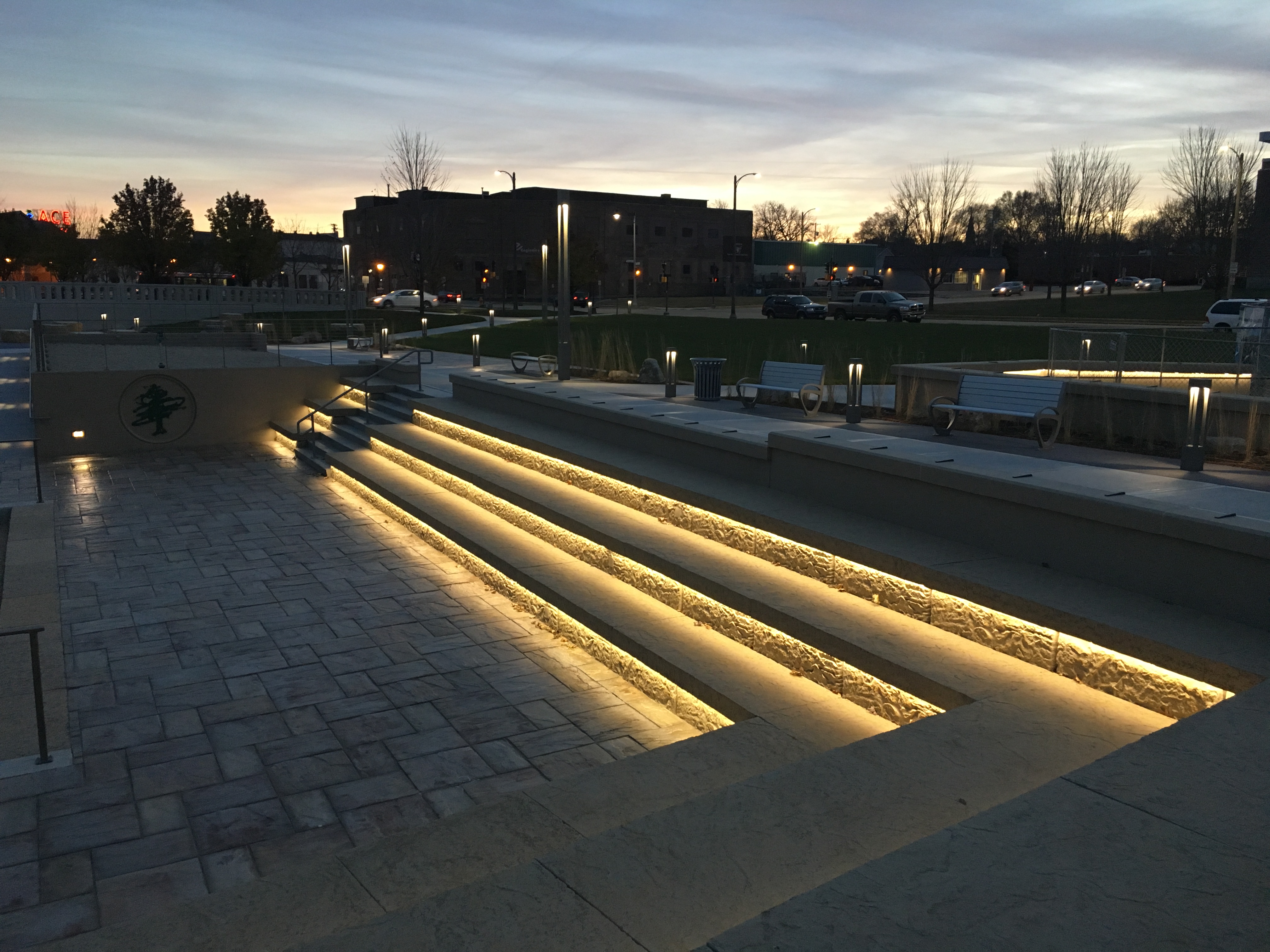 The City of Janesville, Wisconsin, West Town Square project is a concerted effort by the City and a number of local civic and business groups to create a downtown center. The West Town Square project was divided into four distinct stages designed cohesively, but constructed under separate contracts to balance constructability, including site and river access and permitting requirements, with the availability of funds and potential funding mechanisms. The vision for the West Town Square area is a unique blend of historic and contemporary features meant to fuse the historic feel of downtown with a new forward-looking style.

Major project components included construction of access to the river via steps with integral Light Emitting Diode (LED) lighting, a floating dock, green space, relocation of a portion of the Ice Age Trail because of removal of the parking structures, drainage infrastructure, various sitting areas with amenities, LED pedestrian lighting, and utilities and walls for an interactive water feature. Also, as part of this stage, the toe of the aging river wall was stabilized with riprap and flowable fill.

Stage 3 was identified as an integral component of the project as River Street was designed to serve as a festival street during community events. The festival street design was based on shared-use, with a narrow street section to be shared by cyclists, autos, and pedestrians, and angled direction-specific parking to provide parking for a typical day and dedicated areas for tents or vendors during events. Other improvements within the River Street corridor include in-ground receptacles, a removable bollard system, a raised pedestrian-friendly intersection at Dodge Street, and hardscaping.

The fourth stage primarily involved the relocation of the Ice Age Trail and included two sections of elevated precast trail with cable railing and integral in-rail lighting, a bio-infiltration basin, reconstructed parking area, a drinking fountain, and hardscaped areas and amenities. In addition, custom fixtures and features, such as light poles were installed during Stage 4. Also, an interactive water feature was constructed during this stage and coordinated with the bio-infiltration basin. This stage was designed in accordance with Wisconsin Department of Transportation (WisDOT) and Federal Highway Administration (FHWA) standards and had oversight by WisDOT’s Local Program representatives.

One of the principle scope items for the project team was to assist the City with evaluation of possible funding mechanisms and to develop an implementation strategy that facilitated availability of funding. The availability of funding, including grants and private investments in the project, was the primary driver of the schedule. The West Town Square project was exceptional in the way various funding sources were maximized to benefit each stage and how the project vision has become a reality, from selection of features and materials, through the combined strength of local government and private organizations working together to enhance the downtown and quality of life for area residents.