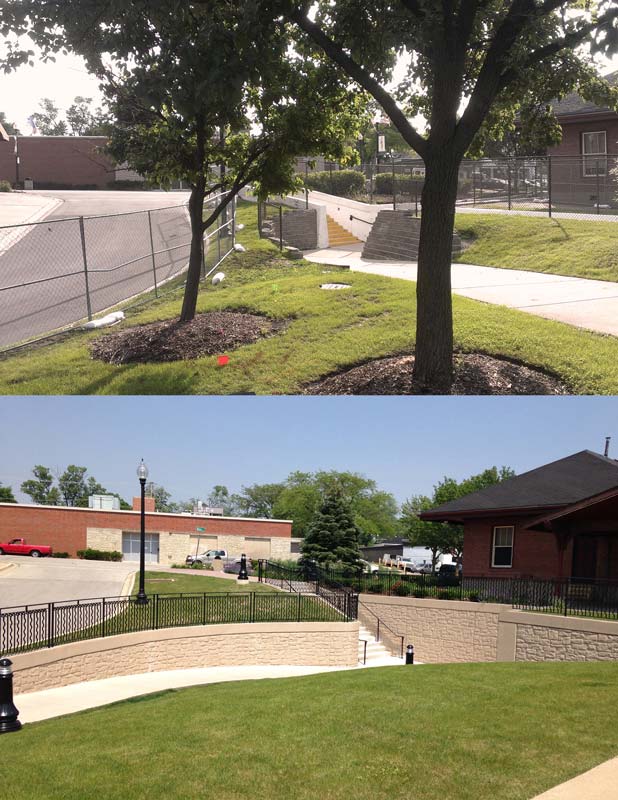 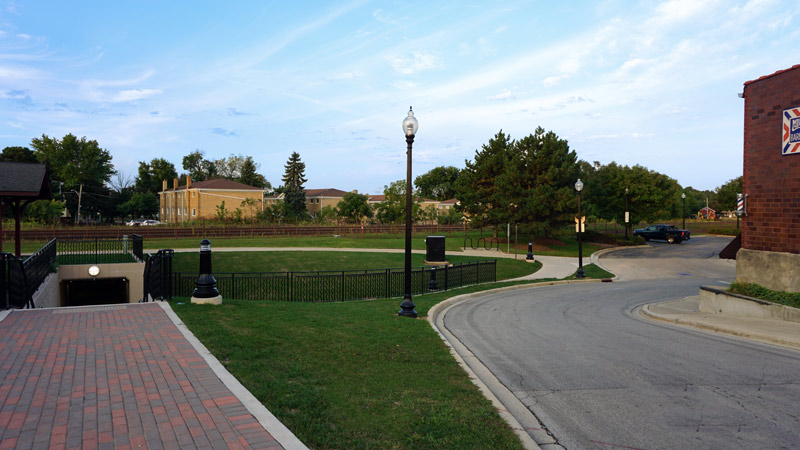 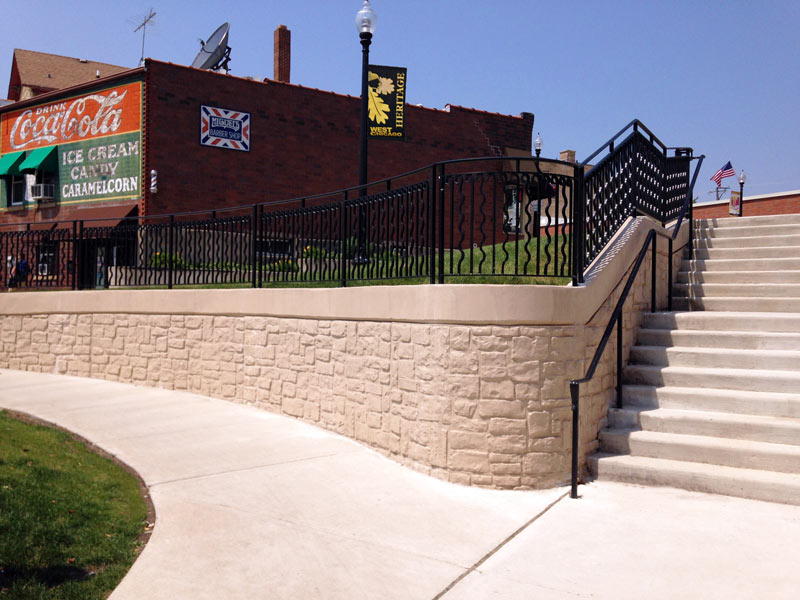 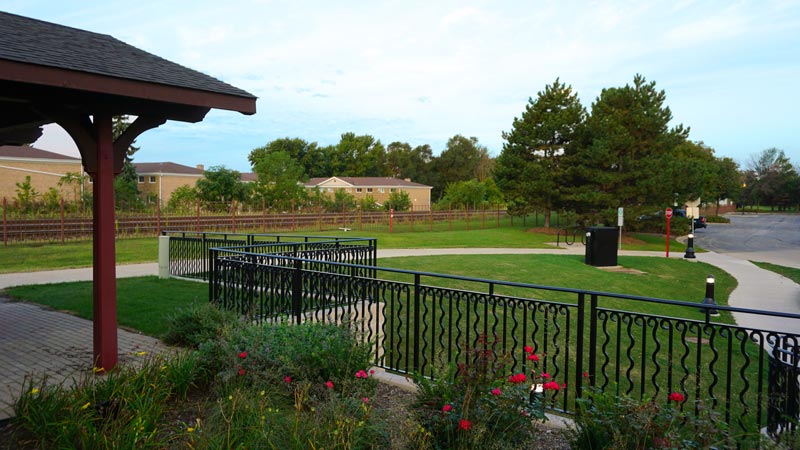 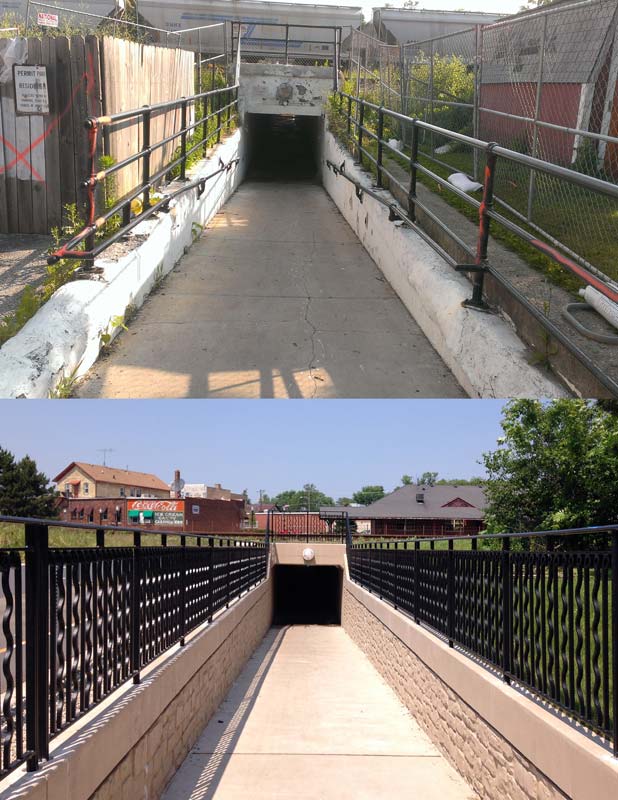 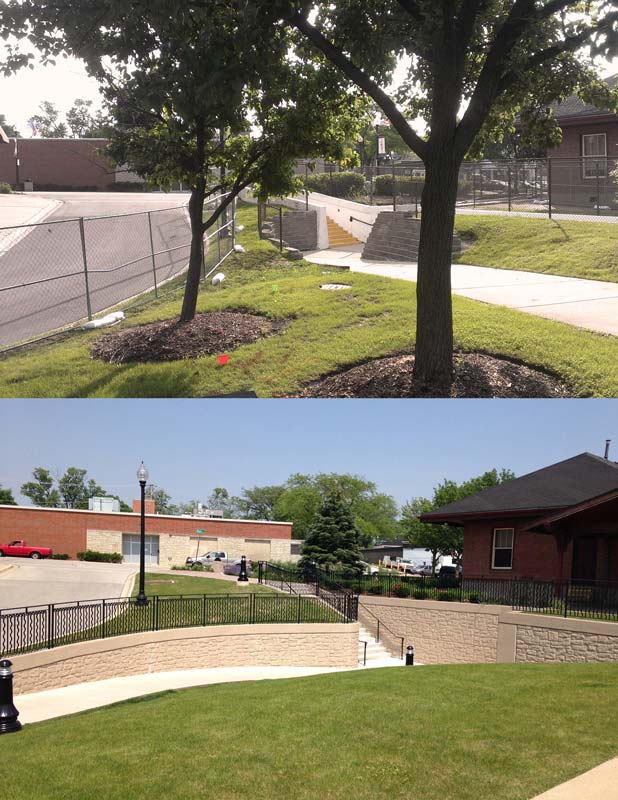 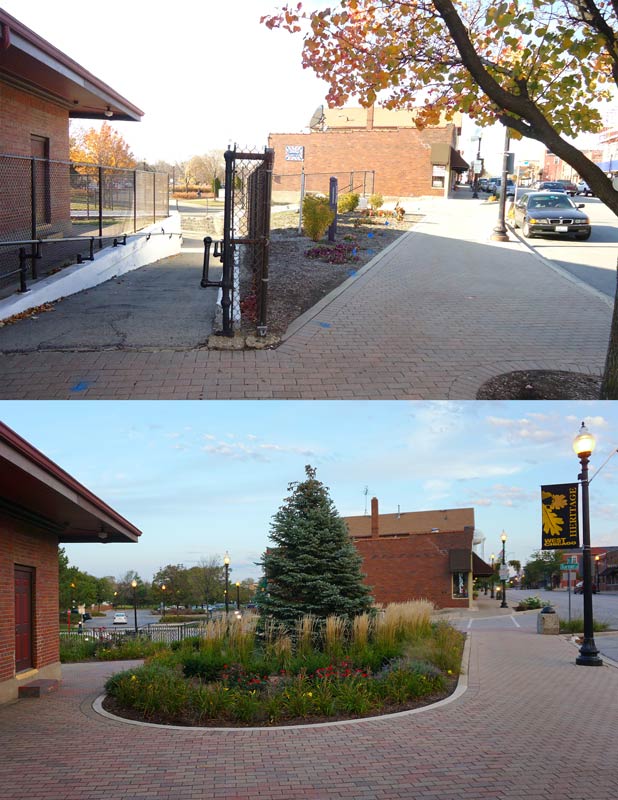 Built in 1915, the existing pedestrian tunnel that carries bike and pedestrian traffic under the Union Pacific Railway at the heart of the downtown area of the city, was in need of significant repairs. Originally, the City considered filling in and sealing off the tunnel because of the extent of work required and the costs involved. However, with our assistance, the City was able to secure Department of Economic Opportunity (DCEO) funding to transform the dilapidated structure into an attractive centerpiece for the City’s downtown.

Curved sheet piling walls with a decorative concrete facing were designed to support vehicular traffic as part of this tunnel rehabilitation/beautification project. After an inspection, a pedestrian traffic count, and an evaluation, a concept report was developed to document recommendations and was presented to the City for consideration.

The existing facility had three separate approaches at the north end of the tunnel. Based on observed pedestrian usage, it was determined that filling in one of these approaches would be appropriate and along with improving safety, would provide additional space to expand the plaza area in front of the Community Center located at the north end of the tunnel. New curved, sheet pile retaining walls allowed new accessible walkways to be developed on both ends of the tunnel.